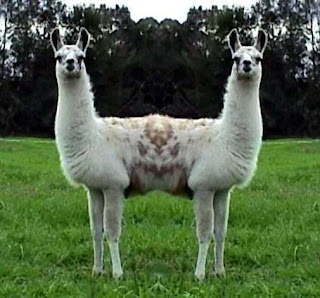 So, today's the day when our government in Brussels has issued its long-expected proposals on "climate change" – prevention thereof.

As a massively inflationary measure, it comes on the same day that Mervyn King, he of the Bank of England, issues an inflation alert warning that inflation could rise significantly above target this year.

Rising oil, gas and food prices, he says, will push up household bills to such an extent that inflation could rise above three percent, the level at which the BoE governor is forced to write to the Chancellor to explain.

We have, therefore, a push-me, pull you situation where the local government in Whitehall – with a little assistance from Westminister – is trying to do its best to keep inflation down, while our central government in Brussels is doing precisely the opposite, driving the costs of living upwards.

Mind you, when it comes to "spin", the commission leaves New Labour standing, its press release (link above) headed, "Boosting growth and jobs by meeting our climate change commitments". This is a measure which German industry alone reckon may cost 500,000 jobs.

The proposals themselves will compel EU member states to reduce "greenhouse gases" by at least 20 percent and increases overall to 20 percent the share of renewable energies in the energy consumption by 2020. Also, there is a commitment to reduce emissions by 30 percent by 2020 in the unlikely (one hopes) event that a new global climate change agreement is reached, and other countries follow the EU into economic perdition.

Britain's contribution to the decline of Western civilisation is to increase its use of renewable energy more than sevenfold to 15 percent of all energy consumption by 2020, and to cut the country's greenhouse gas emissions by 16 percent by the same deadline.

That mad fool president, José Manuel Barroso regards this particular madness as "the ultimate political test for our generation," describing it heroic terms as, "Our mission, indeed our duty …" to provide the right policy framework for "transformation to an environment friendly European economy". "Environment friendly" it might be – although that is debatable – but people friendly it ain't.

However, the biggest joke of all is tucked away in the small print of the draft legislation: "The revised legislation only takes effect as from 2013, and there is no end date for the action…".

Thus, our own dismal environment secretary, Hilary Benn, is able to welcome the commission's proposals in the sure knowledge that he will not have to bear the consequences of them. By the time the law comes into force, we will almost certainly have the Conservatives running our provincial government so Cameron will have to implement it and take the flak.

In a way, there is a kind of rough justice in this. One has to laugh.