Too close to the truth? 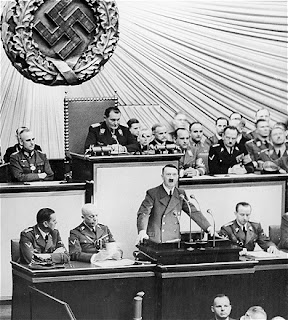 So, Dan Hannan has got kicked out of the EPP group in the EU Parliament – an ironic twist as it is an organisation he never wanted to be part of and always vowed he would never join.

On the other hand, we saw recently Sir Nicolas Winterton compare Brown’s guillotine of the Lisbon ratification as, "an abuse of the House," which "…would not have been untypical of Nazi Germany or the Soviet Union." This got not even the slightest murmur from the Speaker and, as far as we know, Sir Nicholas is still a member of the Conservative Party.

One suspects that Hannan, in making his comparison, has struck a very tender nerve, but one also suspects that he is not very far from the truth. Arbitrary use of power, after all, is one of the defining characteristics of a totalitarian regime.