When thieves fall out 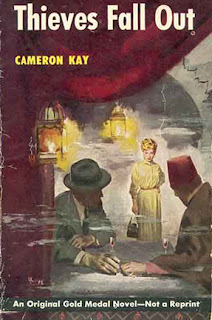 On the ball as he so often is, England Expects is retailing speculation from Brussels-based EU Reporter that Gordon Brown is engaged in some dirty dealings, preparatory to bringing the UK into the euro.

This is not entirely unrelated to a report in today's Times which tells us that an informal meeting convened by Brown, between himself and the French and German leaders, to discuss the global credit crunch, has been blown wide open.

Brown, having been accused of "snubbing" the EU, has been forced to invite first Romano Prodi and now Barroso to his love-fest, although it is not clear yet whether the commission president will attend.

The dark rumours were that Brown was meeting the Franco-German pair to negotiate a Faustian deal on the UK's euro entry, but once the news of the ad hoc "summit" got out, he was immediately attacked by the caretaker prime minister of that failed state known as Belgium, the one and only Guy Verhofstadt.

He, together with fellow "dwarf", Jean-Claude Juncker of Luxembourg – who happens to head the Eurogroup of single currency members - cried foul, pleading that, "A group of large members of the EU want to discuss the financial situation with possible consequences for the entire union." Europe, he complained, "was not made only for the big but for all European citizens, states and populations, including the small" - and they don't get much smaller.

So it is that Brown – whatever his original agenda (none was declared) - is having to admit the gatecrashers thus increasing the "transparency" of the meeting. That itself is rather ironic as – or so The Times tells us - Brown's idea for a meeting sprang out of a joint declaration by Britain, France and Germany at the European Council in October, calling for "greater transparency to improve confidence in and between financial institutions".

Despite this, a spokesman for Juncker could not avoid a sideswipe at Brown, by referring to his decision not to join the euro. He said that Mr Juncker "has noticed that the UK by its own choice is not sitting at a table where decisions are taken regarding currency and finance, so he has to take a few initiatives to stay in the game".

What those "initiatives" might be is anyone's guess, which brings us back to the speculation on Brown's intentions. But, whether UK entry to the euro is on the (non) agenda or not, it is so nice to see the "colleagues" working so closely and harmoniously together.