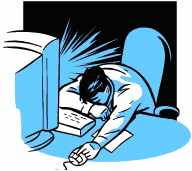 As the parliamentary ratification process of the constitutional Lisbon treaty starts in earnest tomorrow, three of the four national Sunday "broadsheets" carry stories on it, the exception being The Independent on Sunday which, despite its Europhiliac tendencies, has chosen to remain an EU-free zone.

The possible reason for that is that there is only one story of the moment, that today, in anticipation of the MPs going in to debate the second reading of the ratification Bill, the Labour-controlled foreign affairs select committee is due to report that, in its area of interest, the "new" treaty differs little from the draft European constitution that would have been put to the country.

Despite its Europhiliac sympathies, The Observer is honest enough to headline its story, "Boost for referendum on EU treaty" as it tells us the news, with a strap reading: "Influential committee of MPs says there is 'no material difference' between new measure and the old constitution".

The Eurosceptic Sunday Telegraph, on the other hand, has, "Tell truth on EU treaty, say MPs", retailing that, "The battle over the EU Reform Treaty has been reignited after an influential committee of MPs said that the document is no different to the defunct EU Constitution."

The leaves The Sunday Times to declare that, "Ministers mask effect of EU treaty", reporting that, "The significance of the new EU treaty has been deliberately downplayed by the government, according to a damning report by MPs published today."

Matthew d'Ancona in his column in the Telegraph then gives us a long dissertation about how David Cameron has a "cunning plan" to deal with the treaty, but doesn't want to tell us what it is.

To back that up, we are also going to see some action from the provisional wing of the Conservative Party, as Neil O'Brien cranks his moribund I want a referendum campaign into gear, with a series of constituency-based referendums to be held across the country, targeting the Labour marginals. They wish to convey to the MPs with threatened majorities that breaking the referendum promise could cost them their seats at the next reshuffle general election.

This will certainly give the media Daily Telegraph something to write about, but the government has ideas of its own. The Observer tells us that the attempts by a cross-party group of Eurosceptic MPs, including most Tories, to amend the treaty bill to include a referendum will fail because Nick Clegg has decided, in his first major decision as Liberal Democrat leader, to abstain.

Then building on the story broached by its sister paper, The Guardian, claims ministers are confident they will defeat the referendum calls, even when the treaty goes to the Lords, because they have embarked on a lengthy lobbying campaign to explain to MPs and peers how the measure will benefit the environment, international development and children's rights.

We then get Europe minister Jim Murphy – he of mature debate fame – chirping that the ratification process would highlight how "the Tories are more marginalised in Europe than they were under Margaret Thatcher" because no EU government or official opposition party shares their rejection of the treaty.

Murphy "mocks" the Tories by asking: "Who opposes this treaty in Europe? The Animal party in the Netherlands, the Greek Communist party, Sinn Fein and the British Conservative party."

He adds, "Whose company would I rather have internationally? The government and opposition of France, Germany, Italy, Spain, the new eastern European countries, the children's charities in Britain, the green charities, the development charities, the sports organisations, ourselves, the Liberal Democrats. I know whose side I am on and I know where the British national interest lies. It is an outward-looking Britain rather than a Britain being outside looking in."