They really do not care 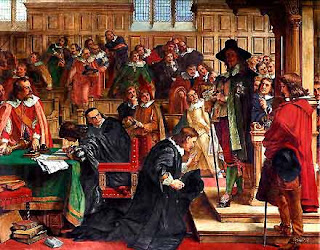 Yesterday’s Daily Telegraph gave us the details of the money MPs receive now and what is being recommended by the Senior Salaries Review Body (SSRB).

A report from the Senior Salaries Review Body (SSRB) found that MPs' pay was "at least on a par" with their European counterparts and found that Mr Brown was one of the best-paid leaders in the western world.

However, it said that MPs' pay had slipped behind comparable positions in the public and private sectors and that generous salary increases were now necessary.

Under the recommendations, MPs' allowances should also be increased by almost £10,000 a year to employ additional staff.

The proposal could cost the taxpayer an extra £2.63 million a year once the National Insurance contributions, travel and other subsistence for MPs' staff were taken into account.

The review also said that MPs should be subject to spot checks on expense claims from the National Audit Office.

It recommended a cut from £250 to £50 in the amount MPs could claim in expenses each month without producing receipts.

It also concluded that it was unfair for taxpayers to meet the rising costs of the MPs' pension scheme, one of the most generous in the world, and urged MPs to pay some of the higher costs in future.

Why do I get this very strange feeling that the points about those expenses and pensions will not find their way into the motion that will be voted on later this month?

For once, Prime Minister Brown seems to have a clearer idea about the popularity of such greed. He is suggesting that the increase should be 1.9 per cent rather that 2.56 per cent. But MPs on all sides, intoxicated by that nonsense about “comparable positions in the public and private sectors” are determined to fight for a bigger share of the taxpayers’ money.

What exactly are those comparable positions? In what other position do people vote for their own pay increase and generous pensions, not to mention extremely generous allowances and all at the taxpayers’ expense with no need to report to shareholders for instance? Another £10,000 for researchers? Well, that will keep the youngest school leaver in the family in pocket money while he or she decides where they want to travel to.

In what other position can the highly paid denizen get away with doing quite so little of the work he or she is supposed to do? We shall see how many of those poor underpaid, overworked creatures take part in the Second Reading of the European Union (Amendment) Bill and how many will vote for the Referendum Amendment.

A quick look at comments on the Telegraph site would tell our hapless politicos exactly how people feel about them and their ability to bury their snouts in the public trough even deeper. Sadly, there are few comments about the fact that having given away seventy or eighty per cent of their jobs to the EU, MPs should really be laid off. That is what would happen in “comparable positions” in the private sector, though not, as it happens in the public.

It seems that teachers and police officers, whose pay rise this time round is smaller, are threatening to go on strike. What difference a police strike will make to any of us is hard to see. Teachers on strike are a wretched nuisance for parents who will have to make provisions for their children that they had not expected to have to worry about. It will make zilch difference to their education.

Could MPs perhaps go on strike? Would we notice? And if we did, would we care? I can hear the answers to all those questions. There is one aspect to all this that fills me with some despair. It is very hard to argue that we want to win back the right to be governed by the people we elect when we see who those people are. And don’t bother to tell me that we can throw them out if we want to. Have you looked at Her Majesty’s Loyal Opposition recently?

Nor am I impressed by arguments that better money will bring better people into politics. The money at present is very good and it does not bring good people into politics. Before my colleague starts chewing the carpet, I’d better let him have Owen Paterson and the Lady Winterton as exceptions. As for me, I shall stick to the unsalaried House of Lords.

Talking of MPs not doing what they are supposed to be, I have a bone to pick with Toryboy Blog. Their highly informative account of yesterday’s PMQs rightly mentions the generally appalling behaviour of the Speaker, who openly favours the Labour benches and managed not to call the new leader of the Lib-Dims when he should have done. Actually, he might not have known who the chap with the elegant haircut might have been.

The blog also mentions the following:

CentreRight.com made a little history, too: DOUGLAS CARSWELL BECAME THE FIRST MP TO LIVE-BLOG PMQs DIRECT FROM THE CHAMBER!

Terrific. This is what one likes to hear. Those highly paid MPs sitting there in the Chamber, blogging. That shows real respect for Parliament and its workings.

Time was when no electronic gadgets were allowed in the Chamber and MPs had to pretend at least that they were paying attention to what was going on. What with a useless Speaker (one wonders how he would have behaved when Charles I burst into the Chamber) and the need for MPs to be on constant call via their pagers, rules have been relaxed. Mr Carswell, normally an MP I rather admire for his honesty on matters European, seems to think that this relaxation means he can make a complete mockery of proceedings.

Is this his way of saying that it really does not matter what happens in the House of Commons any more or his way of using his position for as much self-publicity as he can manage at no matter what expense? Answers on a postcard, please.
Posted by Helen at 01:37