What is happening in the House of Commons? 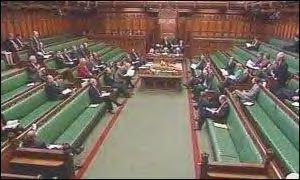 It is easy to lose track of the fact that we do, in fact, have an elected House of Commons in this country, except when they start agitating for inflation-busting pay rises for themselves (without ever mentioning their very handsome expenses and extremely easy working conditions). All the same, some attention should be paid to the poor dears or they will feel unloved and unwanted.

The first day of the Second Reading of the European Union (Amendment) Bill will be January 21. At this stage it is not clear how many days will allocated. Unlike the House of Lords, the HoC does divide, that is, it votes at the Second Reading as well. The Bill itself is not very long as it merely implements the Constitional, Reform, Lisbon Treaty into British legislation but there will be various amendments during the Committee and Report stages.

For those who do not know the system, let me explain. No matter what the media will say, the Second Reading in the Commons is not the end of the process and not even the beginning of the end. After that there will be several days of Committee debates and, one imagines, this will go to the Committee of the whole House; then there will be several days of Report stage; then Third Reading. Only then will it go to the House of Lords. There are certain rules about the number of days that must elapse between the various stages.

I have no doubt that the government would like to push this through as fast as possible, as England Expects says on the basis of some information or other. I don't think the Bill will get to the House of Lords till after Easter. We shall see.

In the meantime, Bob Spink MP, chairman of the Campaign for an Independent Britain, and erstwhile chairman of Pro-Referendum Rally, is putting down the following Early Day Motion:

This House notes that the second reading of the European Union (Amendment) Bill is set down for one week from this EDM, on 21st January 2008, and therefore asks the Government to immediately publish the short and long titles of the Bill, and to set out an analysis of full text of the Treaty, including its protocols, declarations and similar material; and to immediately publish a note of any implications of the Treaty which are additional to the existing provisions of Community or Union Treaties currently in force, or which place further obligations on the Crown, Courts and Parliament of the United Kingdom; and to set out the nature and scope of any amendments that are allowable to the Bill during its passage through parliament and to set out if the currently stated objective of the European Union of "ever closer union" will be mentioned in the either the Bill or the Treaty in any way whatsoever; and whether there will be any change, as a result of the Treaty, to the provisions of European Communities Act 1972 Clause 2 : 1 relating to the powers of Crown or Parliament.

Early Day Motions are never debated and, one might think that it is all a waste of time. But it is worth having all this down in Hansard, even if Dr Spink does seem to split infinitives on an industrial scale.
Posted by Helen at 10:36

Email ThisBlogThis!Share to TwitterShare to FacebookShare to Pinterest
Labels: House of Commons