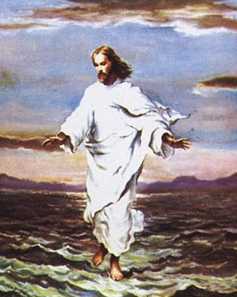 Our new Europe Minister, Geoff Hoon, recycled from his old job Leader of the House of Commons, began a campaign on today, ostensibly "to convince Britons of the benefits of the European Union".

So says Reuters which then adds that the real aim is to expose divisions in the resurgent Conservative Party.

He kicked off his crusade – for that we must call it – by giving a speech to the profoundly Europhile Centre for European Reform, the ex-MEP speaking amongst friends, setting, he tells us, "a new agenda for Europe".

The Reuters' report homes in on the Hoon wailing that public support for membership of the EU had plummeted since the early 1990s, vowing to persuade the nation of its advantages. His aim was nothing less than "to restart the debate in this country - and in particular to rekindle interest in the European Union".

Anyhow, when it came to the detail of the "advantages", Hoon – described by the BBC as an "intelligent and able debater" – chose to talk about a "modern, relevant EU", telling his pals that "most of our citizens do not see or understand that the European Union is not the same common market that was established in the 1950s."

With something of an understatement he declared that the "EU has a serious image problem" and then happily dismissed the EU that was "no longer just about a common market for Europe…". As for "the obsession with the CAP," we have taken "huge strides forward down the road to reform," he burbled, "and we will have a further fundamental review in 2008". (Errr... isn't that what Blair didn't get out of Chirac?)

And now… roll of drums… and now, "Instead, the EU's current work programme is firmly based on tackling those things that affect our everyday lives – like cheaper energy. And all the add-ons that make life more flexible like cheaper travel and mobile phone tariffs, the ability to buy property overseas and retire and draw your pension on the Costa del Sol."

Even More Importantly… another roll of drums… "the EU is already focussing on those big issues that our citizens have shown that they care passionately about." That, of course, was Climate Change (his capitals). "Do people realise that the EU is the only game in town on environmental protection?" asks the Hoon. "Reversing Climate Change demands an urgent and sustained international response" … "this government has been at the front of the pack in pushing for action at the European level" … "and the EU is now leading the way in driving collective action."

As to the "new agenda", that was down to us. We must see the European Union as "a real engine of change" in our lives. When we "think about the environment" we must think Europe. Climate change. Think Europe. Tackling world poverty. Think Europe. "Britain is winning the argument on the continent," he concluded. "Now we must win it at home."

Breaking for a quick reality check, even in their wildest dreams, I don't recall the Kyoto freaks claiming that they are going to reverse Climate Change but, it seems, the EU is going to do it folks! Jesus, it seems, has got nothing on the EU, which can reverse climate change and bring down roaming charges at the same time.

Funny thing is, Hoon doesn't mention that other great breakthrough in improving our environment, the Restriction of Hazardous Substances Directive, which is going to cost untold billions to achieve a greater environmental impact.

He doesn't mention that the burden of regulation – according to the commission's own estimate – is costing the EU some £600 billion a year, and nor does he even hint that multinationals are bailing out as fast as they can find alternative homes.

And that is the trouble with Europhiles like Hoon. His thoroughly dishonest little speech paints an unremittingly one-sided picture, accentuating what he believes to be the advantages and achievements of his darling EU, avoiding any hint of a downside.

If there is a problem, it is an image problem. We don't understand the EU so we must change our perception and realise it is a "real engine for change in our lives". Then everything will be wonderful and we can stop worrying and learn to love the EU.

So much for the "intelligent and able debater". But does he really think we are that stupid?