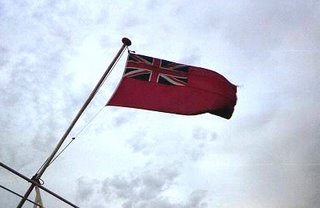 It looks like the story initiated by Justine Stares on 21 May on EU plans to create an "EU navy" were spot on.

Announced three days ago by commissioner Joe Borg in a speech to the EU parliament – which thereby ensured minimal publicity – was the commission’s "green paper", entitled "Towards a future maritime policy for the union", setting out ideas which, as Stares suggested, could lead to an EU navy.

You would not, however, have gleaned anything of this from Borg's speech and it is only in the detail of the white paper that you begin to see how they are joining up the dots. Pages 39-41 refer, culminating in the innocent – but effectively rhetorical – questions: "Should an EU coastguard be set up? What might be its aims and functions?"

For sure this is a "consultative" document so it cannot be said that the EU is definitely proposing to set up an EU coastguard. That will have to wait until the end of the consultation period in June 2007, when a formal white paper will be published, setting out firm proposals. Nonetheless, we are told that, "work is underway in the EU military committee on the maritime dimension of the European Security and Defence Policy".

Neither can it be said of another major issue raised that there is anything definitive – a tentative suggestion that the EU should set up a register of shipping. This was came up last November when the hare was raised that this would lead to the demise of the Red Duster, only to be hotly denied, not least by the Lib-Dims.

Conscious of the political sensitivities of this issue, the commission is asking, in carefully neutral terms, whether an "optional" EU register should be "made available", and then asks "what conditions and incentives should be contemplated for such a register".

Again, you only have to join up the dots. It is only a matter of time before we see EU-flagged ships on the high seas. This will be voluntary, of course, but you can already see the game. It will be made progressively more difficult to flag ships on the national register, and all sorts of bribes will be offered to encourage ship-owners to run up the ring of stars until entirely voluntarily of course, the Red Duster finally disappears.

All this is predicated towards establishing a "Common European Maritime Space", a Single European Sea by any other name – to include, by the time the Boy King has let the Common Fisheries Policy finally run its course, the single European fish.