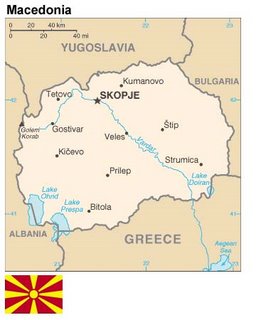 Some years ago when I first started writing and speaking about the common foreign and security policy, at that time still in a budding stage, much of what I said was greeted with open incredulity. Surely, I recall one listener saying to me, we are not going to have the same foreign policy as Greece. I pointed out that we were planning – at that time – to have the same currency as Greece.

I came to the conclusion at the time (and see no real reason for changing my opinion) that as the CFSP was not rooted in common interests and as its real purpose was to facilitate the creation of a state, it existed in a vacuum. There were no arguable reasons for any decisions within it.

It could go, I argued, one of two ways. Either it will be in hock to the member state that shouts loudest or, somewhat more dangerously, it will be extremely pro-active, regardless of consequences, in order to prove that it exists and is functional.

We have seen a few examples at attempted policy decisions and actions to prove simply that “Europe” has a “strong voice” in the international scene. Mostly that voice had little to say but that little was usually said in opposition to the United States, the latter being, apparently, the only consistent aspect of the CFSP.

Above all, as we have pointed out before, the EU has no clear idea of what to do about countries on its border. If they are not potential members there is no policy towards them. But some of the member states have a policy and that, faute de mieux, gets adopted.

Yesterday I listened to James Pettifer, one of the indisputable experts on the Balkans and, in particular, the former Yugoslavia, outline possible scenarios for Kosovo in the next few months.

According to him, there will be an international decision to give Kosovo de jure as well as de facto independence, though, probably, with various conditions. The problem for the EU member states will be Greece, which may well insist on non-recognition, particularly as the United States, at present the crucial player in the southern Balkans, will go ahead and do so.

The reason, according to Pettifer was simply that the Greeks are still annoyed that the United States (and Russia and China and many other countries) have recognized the Republic of Macedonia under that name. Greece, for rather abstruse reasons that have to do with Alexander of Macedonia not being a Slav (well, no, he wasn’t but he was not exactly a modern Greek either) insist that the country is not really Macedonia but the Former Yugoslav Republic of Macedonia (FYROM).

And that’s enough Macedonian Question. Ed. What matters about all this is the reaction of the other EU member states. As my colleague has pointed out, negotiations with Turkey have all but broken down because of a veto put on them by the government in Nicosia.

Similarly, the Republic of Macedonia has not been recognized under that name (and was not recognized at all for a long time) by any other EU member state, including Britain, because Greece says so. And the same might happen with Kosovo. Not that it matters in the end, but it is a rum way to behave.