A not so new beginning 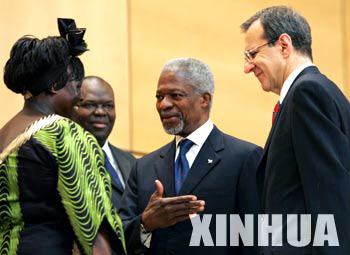 The new UN Human Rights Council meets for the first time today and, according to some commentators, namely Louise Arbour, the UN High Commissioner for Human Rights, this signals a new beginning for the UN’s determination to fight for human rights across the world.

The fact that countries such as China, Russia, Saudi Arabia, Cuba, Pakistan are on the Council do not seem to upset Ms Arbour one bit.

“Several new features give us reason to believe the council will be a significant improvement on its predecessor. Even the way its members were elected last month marked a welcome departure from "business as usual." Commission members were preselected behind closed doors and then "elected" by acclamation. By contrast, the new members of the council had to compete for seats, and successful candidates had to win the support of a majority of all member states, in a secret ballot.

For the first time in history, candidates gave voluntary commitments to promote and uphold human rights, and will be expected to meet them or else face possible suspension from the council.

The resolution establishing the council stresses the importance of ending double standards, a problem that plagued the past commission. What the politicized debates of the past often obscured is the irrefutable fact that all states have human rights problems, and all must be accountable for their shortcomings.

The test, then, is not membership, but accountability. To that end, a new universal periodic review mechanism will offer the Council -- and the world -- the opportunity to examine the records of all 191 member states of the United Nations. This is a dramatic development with the potential to improve human rights throughout the world.”

Can’t wait to see that “universal periodic review mechanism” in action. Come to think of it, it will be interesting to see what the new mandate will mean in practice. Will the UN really tackle human rights abuses and, if so, how? Or will it continue to pass resolutions and write convenstions such as the one on the Rights of the Child, which appears to give states the power to impose, by force if necessary, their own ideas of what education should consist of?