A completely different way of thinking 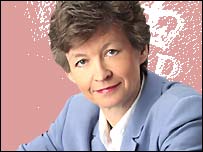 This piece has to start with an apology for my presence on the blog being somewhat intermittent in the last week. (Well, apology to some, while others might be rather pleased.) I have been having computer problems, in particular severe difficulties when trying to go on line. As London Underground would put it: severe delays will probably continue for a little while.

Going on to what really matters (some of the time, anyway), there is a very sensible article by Ruth Lea, Director of the Centre for Policy Studies, on the subject of “better regulation”, which she calls an oxymoron.

Ms Lea announced about seven or eight months ago that she no longer believed there was any possibility of reforming the European Union and the only possible solution was for the UK to pull out and create new links with other European and, indeed, non-European countries. (Ms Lea seems to favour a revival of the Commonwealth, something I do not entirely agree with but it is a legitimate point of view.)

Since then Lord Blackwell, the Chairman of CPS, has also effectively made it clear that he, too, is in favour of Britain pulling out of the EU. Thus we have an interesting situation of the premier Conservative think-tank moving on in the European debate, while the Conservative Party itself moving backwards to a John Major-type position.

Back to the article. Ms Lea whips through the various ramifications of trying to create “better regulation” since 1997, listing various bits of legislation; various differing and ever-multiplying task-forces, units and executives; and the inevitable action plans, initiatives and other ideas the emanate from the Chancellor’s fertile brain.

She does make it clear that there is nothing we can do about EU regulations and that, pace idiotic statements by Mr Hague, the EU is not moving in our direction and is not relaxing on the regulatory front.

Usefully, her list of events to do with “better regulation” makes it clear that the Legislative and Regulatory Reform Bill, which caused a great deal of excitement in the media and on some blogs, was only the most recent and, possibly, the worst (so far) piece of legislation that gave power to ministers in the name of “simplifying” regulation or making it “easier” to do so.

The trouble is, and this may not be Ms Lea’s fault, the article does not go far enough. There are hints in it of the real problem – that is a completely different way of looking at the world that unites the political establishment in the EU and this country. The latter includes the government and the opposition, not to mention large chunks of the media, and most of the public sector.

The truth is that these people do not really understand what the problem is. They quite genuinely believe that the way the world, its politics and economy, its social and legal structures, can function is by regulation. There can be no other way. The trick is to find “better” regulation.

This is why they prefer managerial governance to political and why they are so greatly in favour of transnational organizations made up of bureaucrats and lawyers to the messiness of genuinely democratic politics and the free market, the most efficient economic structure but one that frightens those who like to have everything in boxes.

The EU is merely a political construct that embodies in itself these managerial attitudes to governance of all kind. That, I suspect, is the reason why our politicians find it so difficult to accept its failure. Surely, they argue, all that regulation simply needs to be made “better”.