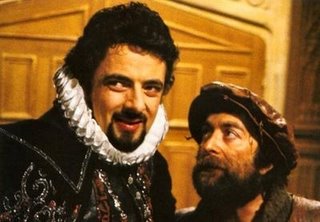 Despite having done our best to ignore the tedious ins and outs of the Boy King’s attempts to withdraw his troops from the EU parliament's Eurofederalist shock troops, the EPP group, the issue has climbed so far up the Westminster village agenda that we can no longer maintain our lofty silence.

The latest development in the saga in recounted in more detail than any normal person could possibly want in today's Telegraph, precipitated by a piece in the Sunday, essentially dumping the blame on William Hague for taking so long in dragging the Tory MEPs – some kicking and screaming – into the new dawn of a Eurorealist group.

But that was yesterday and today, as usual, it is a different story. The Boy King isn't about to sack his foreign affairs spokesman. Young William has been doing a splendid job, no one is at loggerheads and the idea that there is some sort of fall-out "is complete nonsense".

Not of course that we are any closer to the Tories actually leaving the EPP but, according to party chairman Francis Maude, the Boy King remains "committed to delivering on his pledge" and young William is committed to making a statement about this "some time, he hopes, before the end of July."

So that's alright then.

Meanwhile, there is the strange case of the Sunday Telegraph leader which told us yesterday that “the big story is being missed,” although it should look to its own laurels before casting aspersions.

Anyhow, the "big story" we are apparently missing is that David Cameron "is being truly revolutionary". He has one of those Baldrick-type "cunning plans" to give the EU something it has never had before: an Official Opposition. So said the Sunday Telegraph yesterday, although we rather think it would be a good idea if we had an official opposition in Westminster.

Anyhow, it looks like us thickos haven't realised quite what a genius the Boy King really is. It was entirely wrong of us to think that he only made the commitment because he wanted the Tory Eurosceptics on-side and thought Liam Fox might steal a march on him, and then sent young William blundering into a situation where he was comprehensively outmanoeuvred by the Europhile MEPs.

Nevertheless, us thickos are still having a little trouble working out how, as Booker wrote in his column yesterday, the Boy squares his Eurosceptic credentials with dumping the fishing policy.

Since this now means that his conversion to supporting the CFP in principle means that the Conservative Party must now be committed to defending that central plank of the CFP, the "Third World fisheries agreements" which are creating such havoc down the west coast of Africa, we also wonder how his MPs can explain how they will persuade Brussels and Spain to abandon what has now become as integral to the CFP as the disastrous quota system which forces fishermen every year to discard hundreds of millions of tons of dead fish back into the sea.

"Modern", it may be, writes Booker. "Compassionate" it is not. But then, us thickos may have got that wrong as well. For all we know, the Boy King has a cunning plan on that as well.