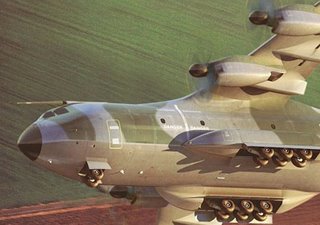 Following on from the shock announcement of a six-month delay in the Airbus A380 "superjumbo" programme, shares of the parent company EADS plummeted yesterday, wiping nearly $7 billion off its market value.

Embarrasingly for the European aerospace company, the fall was on par with some of the biggest one-day plunges in corporate history. Enron shares, for instance, fell by 23 percent on 20 November 2001, after the company restated earnings a second time, while Vivendi's shares fell 26 percent on 2 July 2002, after its debt had been cut to junk.

This is certainly not the reputation the company wished to acquire and, more worrying still for the company, a Goldman Sachs analyst has been writing to investors stating that, "This is in our view very damaging both to the credibility of EADS management, and also to Airbus's reputation for program management."

The situation is now made worse by Singapore Airlines - unhappy at the delay in its A380 orders - announcing yesterday that it would buy 20 Boeing Dreamliners worth $4.52 billion, and take options on another 20 aircraft.

Another analyst is saying it is too early to write the A380's obituary but he does say that how Airbus recover from this situation will "test their mettle". The big problem is that getting the A380 delivery schedule back on track is likely to drain engineering resources away from other ventures, testing the company to its limit.

The Financial Times notes that Airbus is having to keep other ambitious projects on track too, including the development of the A400M military transport aircraft (pictured), the first time it has undertaken an all-new project in the defence market. The A400M is due into service in 2009.

And as a measure of how far trust in the company has evaporated, it is retailing a report that investors will apply "a significant discount to the company's and consensus earnings projections" for fear that another piece of negative news is around the corner.

Given the role of hubris in the whole Airbus enterprise, which even the markets have marked down as "arrogance", one has not a little concern for the A400M, not least because the product website proudly proclaims, "Building on Airbus Success".

One thing for sure, if the RAF – already suffering from a critical shortage of airlift – does not get its aircraft on time, it is well and truly stuffed.