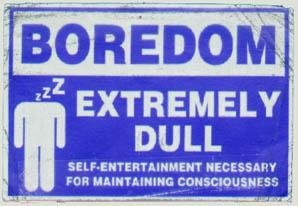 It is odd how journalists – English-speaking, at any rate – seem to have difficulty getting their brains round the words "European Council", and fall back on the hackneyed descriptor "summit". French journalists don't seem to have that problem, even in the regional papers.

However, if the "summit" bit is wrong, "dullest" is probably spot-on. That is definitely what Reuters is calling the meeting in Brussels to be held over Thursday and Friday, and they should know.

It is one of those wonderful inside jokes in the European Union that – with very few exceptions, like the frenetic budget deal – the European Council communiqués are drafted well before the meeting and that the first job of the "summit" is to approve the text. And, having seen the draft text, I can vouch for Reuters' judgement.

With Blair on his way out, Chirac emulating a political zombie and even little Balkenende facing an election next year, there is very little that could happen anyway – and that, it seems, is the way the "colleagues" want it.

Says one of those anonymous "senior EU diplomats", "If everything goes well, no one will ever notice this summit happened." He adds that the participants will be able to do little more than prolong for another year a "pause for reflection" on the moribund EU constitution - more "pause" than "reflection" some are saying.

Sometimes though, when nothing is expected, the EU is at its most dangerous, as it will sneak things through while no one is looking. But there does not seem much danger of that here. Even Chirac has been leaned on to be on his best behaviour, so I really pity the journalists at the event. They will really be struggling for a headline.

Thus, it is for chancellor Wolfgang Schuessel, in the dying days of the Austrian EU presidency to entertain the troops and put a brave face on the proceedings. Then, they are building the "house of Europe" so they deserve to suffer for the cause. But I bet none of them realised they would have to watch the paint dry as well - before the roof was even in place.