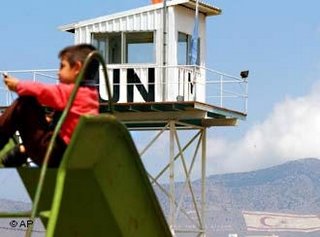 The fears arising from president Tassos Papadopoulos' victory in the Cyprus general election at the end of May seem to have been well founded.

At the time, observers were concerned that Papadopoulos could block Turkey’s accession negotiations and now, according to The Guardian, it looks like this might be happening. Reporting under the headline, "Cyprus vetoes Turkey's talks to gain EU entry", Brussels correspondent David Gow says that the talks are “headed for collapse at the first hurdle last night” after Cyprus “torpedoed a deal to kick-start the stalled negotiations.”

It appears that, after signing up for a late-night compromise on Thursday, designed to allow formal accession talks with Turkey's foreign minister, Abdullah Gul, to go ahead on Monday, the republic of Cyprus unpicked the agreement on the least contentious issue of science and research - the first of 35 negotiating "chapters".

With new ministers in place, Cyprus is accused of acting "ultra-politically", while Ali Babacan, Turkey's chief negotiator, is warning that the country should expect delays in its attempt to join the EU, and talks on the second "chapter", education and culture, could also be postponed. However, Olli Rehn, the EU's enlargement commissioner, is saying that the talks are heading for a "train crash".

It is now up to the 25 foreign ministers of the member states to try to break the impasse in yet another meeting on Monday.