Are there no depths…?

We thought they were getting pretty desperate when they came up with the idea of a song and dance routine for "Europe" but, in recruiting Bob the Builder to their cause, but they are surely plumbing the very depths.

But that is precisely what the EU commission is doing, according to Justin Stares in today’s Telegraph, using him as “the latest weapon” to convince children to help to save the world from global warming.

Our Bob is to take part in a publicity stunt during an energy ministers' meeting in Luxembourg, where he will extol the virtues of home insulation to help to reduce carbon dioxide emissions, all on the back of the commission's climate change initiative launched last week.

However, environmentalists are less than impressed with the commission president's conversion to the cause as they have noted that he drives gas-guzzling four-wheel-drive VW Touareg – that is when he is not being chauffeured to work in his top-of-the-range Mercedes limousine. 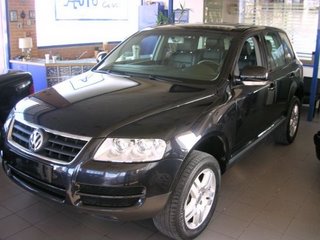 Demonstrators at the commission headquarters in Brussels last week asked how Mr Barroso could expect children to observe new environmental guidelines when his vehicle churns out almost double the amount of carbon dioxide the commission wants to see European cars emit by 2008.

Barroso's response is that "Brussels" is trying to encourage a change in behaviour without being moralistic. "We never said we were perfect," he said. And he can say that again.

Anyone doing the Brussels-Strasbourg run at the start of the EU parliament's plenary week will see a procession of limousines cruising down the motorways, empty apart from their chauffeurs, making the trip to the French regional capital. These are the commissioners' cars, sent from Brussels while their masters jet in to the local airport, thence to be met by their cars and ferried to their top-class hotels in town.

The MEPs are a little better – but not much. They are met at the airport by a luxury coach, which is driven down from Luxembourg for the week, but for the main part, running to and from the parliament, they use chauffeur-driven Renault limousines, supplied locally.

For a supposedly "green" organisation, however, car sharing is strictly forbidden – at least when it comes to MEPs sharing their cars with their staff who are going the same direction. They (the staff) are supposed to take the rickety and often overcrowded bus or, when it ceases running – incredibly early in the evening – wait in the lengthy queue for a taxi into town.

I did once write to the "service" - as the parliament administration is called – asking if we were supposed to doff our caps or touch our forelocks as our masters swept by in the splendid isolation of their luxury limousines, but never got an answer. Now they have recruited Bob the Builder, though, perhaps the current batch of serfs can hitch a ride on his JCB.

After all, Barroso is at pains to tell us of his "green" initiative, "This is not a moralistic campaign. We don't have a totalitarian mentality. We don't want to control the private life of every citizen. It's up to each person to take the measures he wishes." Except for car sharing, of course.