On wings and a prayer

On hearing the news that the prime minister had decided to invest our money in a private fleet of jets for his personal use, I had half expected them to be Airbusses from Enron Airliners – in a gesture of solidarity with the "colleagues".

According to The Times, though, the bigger of the two – to be used for long-haul flights – in what our own Anoneumouse has dubbed "Sleazy Jet" airlines – will be a modified Boeing 737. That never struck me as a long-haul machine, but what do I know?

Anyhow, at over £12 million a year, this is a serious PR gaff, which will no doubt rebound on the prime minister. But - whether intentionally or not – it is also going seriously to dischuff the "colleagues". Tact it ain't – when the Enron Airliner situation seems to be spiralling out of control.

According to the Australian press, Blair might have been able to get a better deal if he had bought "European" as buyers seem to be bailing out of Airbus faster than the Wehrmacht over Crete.

Los Angeles-based International Lease Finance, the world's biggest aircraft leasing company, is threatening to pull its order for 10 of the A380s, worth $3 billion, while Qantas, which has ordered 12 of the "superjumbos" has despatched senior executive John Borghetti to investigate the delay. He is keeping his company's options open.

With Singapore Airlines threatening to sue for damages and ordering $US4.52 billion worth of aircraft from rival Boeing in preference to the A350, things could not look less rosy and a little help from Blair would, no doubt have been appreciated.

Hilariously, the airline builder's problems are even spilling over into the French Assembly, where prime minister Dominique de Villepin sparked uproar yesterday when he accused the Socialist leader of cowardice in a debate over the crisis. 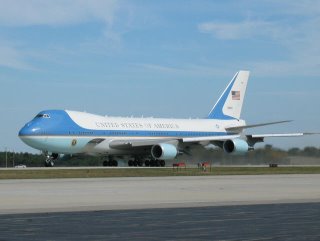 Socialist party members stormed out and the session had to be suspended, to the strains of Socialist grandee, Henri Emmanuelli, shouting, "He's mad". Apparently, parliamentary stewards had to stand guard around de Villepin as Socialist politicians advanced towards him chanting "resign."

Meanwhile, Bush has arrived in Vienna for a summit with European Union leaders, who seem to be spoiling for a fight over Guantanamo prison camp, Iran, the Iraqi war, trade relations and anything else they can think of. At least, though, Bush has the one consolation. When he sets out to go back home, there will be a pristine Jumbo jet out on the tarmac, a Boeing 747, that can actually fly.

I hope he has the sense to wait until the door of Air Force One has closed before he puts two fingers up to the "colleagues".