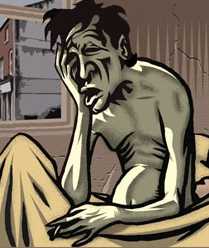 Not that infrequently, one reads a leader from one or other of the "heavies" and nods appreciatively, agreeing with a point made or the use of a particular piece of information. Occasionally, even, we draw such pieces to our own readers' attention, as worthy of special consideration.

On the other hand, there are those all too frequent pieces which strike you as utter tosh, written by one of those dismal species of hacks who would be better employed cleaning the streets, but for the fact that their intellectual capabilities probably would not stretch to such a demanding and responsible task.

Exemplifying this latter genre is the piece in today's Times, headed Europe's big win, with a strap that parades the author's theme: "EU expansion is an unheralded success".

It is hardly necessary or desirable to deconstruct the article in detail, however, in order to point out the central fallacy of seeking to define "success" over such a short timescale in the history of peoples who can trace their heritages back through the millennia.

Thus does the idiot Times writer warble that, while neither Croatia nor Montenegro – the latter barely been recognised by "Brussels" as an independent country – yet the border between the two is a symbol of progress towards the prosperity denied to both countries for more than half a century by ideology and war.

Thanks to reforms required for EU accession, he chirps, "queues and corruption at the frontier post have disappeared. EU funds for a new road tunnel have slashed the travel time to Montenegro's capital. And the hope of quick EU membership was the winning theme in its drive for independence."

Such a tiny example is then taken as the exemplar and put into service to contrast with "the bureaucracy-ridden Brussels as it hosts the bi-annual EU summit", which the writer believes "is striking and instructive." The paralysed of the one is a foil to the dynamism of the other, on which slender thread is postulated the idea that the EU should abandon Monnet's vision and address the new challenge of offering "an economic model attractive and resilient enough to fill the vacuum left by the fall of communism and a decade of Balkan strife."

By any measure, that is an attractive vision, though unrealistic to the point of fantasy. But such is this world of fantasy inhabited by the writer that he is able to assert that: "This challenge has, to an astonishing degree, been met." We do not even need the video evidence, à la Miss Moss, to know this man is on the hard stuff.

In his delusional state, he argues that, in seeking EU membership, the countries of Central and Eastern Europe did not sign up for an elaborate experiment in pooled sovereignty; rather, for the tremendous, measurable advantages of a single market for goods, services, capital and labour.

Those advantages, he says, delivered average growth rates of 6.2 percent for the Union's ten new members last year and also helped to fuel growth and hold down inflation in countries, such as Britain, bold enough to open their doors fully to Eastern European labour.

But, whether they sought them or not, the countries of Central and Eastern Europe did sign up for "an elaborate experiment in pooled sovereignty", which included the unconditional acceptance of the whole of the 97,000 pages of the acquis communautaire. In making the most of the advantages, they are like revellers at the party where the wine flows too freely. Tonight they are happy, but tomorrow comes the reckoning.

Ignore the reckoning, however, and somehow you can assert that everything in the garden is rosy, which somehow emboldens you to write: "The feeble federalists are in a funk because they cannot impose their will, and the people of Europe are quietly celebrating that very impotence."

The truth is, they are just getting trollied – the hangover comes tomorrow.