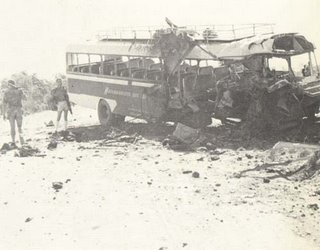 Yesterday, Parliament finally woke up to the scandal of the inadequately armoured Land Rovers used by our troops in Iraq. In defence questions, the Conservatives mounted a spirited attack on dismal Desmond, the current secretary of state for defence.

It is a measure of the inability of the clever-dicks to understand the issues involved, though, that all we got in the print media was a tiresome little piece from The Times. That was in the form of a parliamentary sketch by Ann Treneman, which did not even begin to do justice to the subject.

As I research this issue more fully – rather in the manner of peeling an onion – the stakes, which were always high – now seem stratospheric. The real issue, when you think about it hard enough, is whether we take the current campaign in Iraq to be representative of further campaigns, or whether it is an aberration and in no way typifies the tasks that will confront our Army in the future. 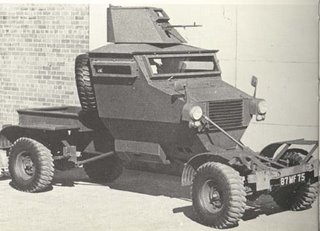 Trying to answer that question is not easy but all the signs are that Iraq does represent the future. And, if that is the case, then we have to confront the stark reality that our armed forces have the wrong structures, the wrong equipment, and the wrong tactics.

To gain some insight into this, I have been revisiting the "liberation" struggle in Rhodesia where, like the insurgents in Iraq, the guerrillas' weapon of choice was the landmine and the IED. It has, in fact, been speculated by some that more vehicles in then Rhodesia struck landmines during the seven year war than by all the Allied forces in Europe in WWII from D-Day until June 1945.

The figures are stark. Between December 1972 and January 1980, 2405 vehicles struck landmines, 632 people were killed and 4,410 were injured. By the end of the war, things had escalated to such a degree that between 5-6 vehicles were hitting landmines every day. 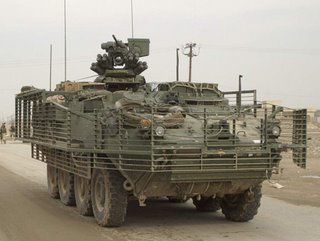 This is set out in a remarkable narrative, which offers some fascinating photographs of the types of countermeasures which were developed (an examples of which is shown above), the basis of which are currently being applied by US forces in Iraq but, significantly, not by the British. An extract from a technical manual also shows how the scientific principles are well understood, further reinforcing how ill-equipped British forces are.

But, if mines and IEDs are the greatest threat to our forces, they are not the only one. We learnt today of an attack on British forces in Afghanistan, in which two British soldiers were killed after a rocket-propelled grenade – no doubt the ubiquitous RPG7 - destroyed their vehicle. 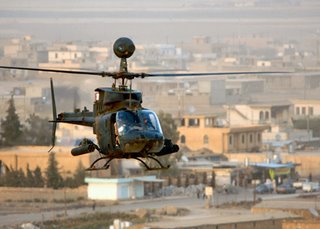 This weapon itself is derived from the German Panzerfaust of World War II vintage, which was a deadly killer of tanks. But, even then, Russian troops had devised their own home-made remedy, one which caused some surprise as victorious T-34s rolled into Berlin in 1945 bedecked with spring mattresses, looted from German houses. It had been found that the coiled springs prematurely triggered the shaped charge of the Panzerfaust, disrupting the projectile and causing it to expend itself against the tank armour.

This has found its modern format in "slatted armour" which can be seen on American Strykers (pictured above left) and British Warriors but, inevitably, cannot be applied to lightly armoured vehicles. Countermeasures here, therefore, remain a major technical challenge for military vehicle designers.

Part of the answer, though, is not in passive protection but the use of UAV escorts for convoys and patrols and also by using light tactical helicopters as escorts to warn of impending ambushes. The both, and particularly the latter, can also intervene in firefights, the US using, amongst other things, the light Kiowa helicopter (a militarised version of the Bell Jet Ranger - pictured above right) to such effect that troops have declared their pilots "honorary infantrymen" because they fly so low as they "mix it" with insurgents at close range. 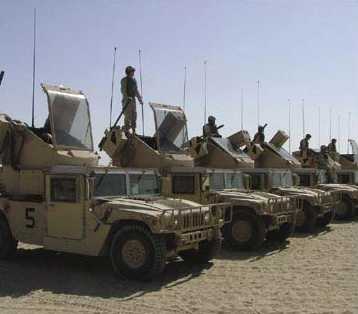 Against RPG7 ambushes and the ever-present threat of suicide bombs, drivers of explosive-laden vehicles ramming trucks in a convoy, the US have also revisited the Vietnam war where, to counter convoy ambushes, they devised "gun trucks" able to lay down high rates of accurate fire against attackers. And only this week, we learnt that an updated version of this idea was becoming available, an air-defence Humvee converted to the "gun truck" role (pictured above left).

It is by contrasting the US measures with the British that illustrates quite how reluctant the British government is to invest in the Iraqi war and the safety of our own troops, but increasing political and media pressure may change that. But, in order to do the job properly, the government is going to have to recognise that it can no longer afford its grandiose schemes of equipping a rapid reaction force and divert that funding to the here and now requirements of counter-insurgency.

And strangely, if it does, it will be adopting many of the weapons and tactics pioneered by colonial settlers in Rhodesia who learned the lessons the hard way. We could do no better than to recognise their skills and apply them in the current theatre of operations, not least because, if Iraq is the way of the future, we will need them again.