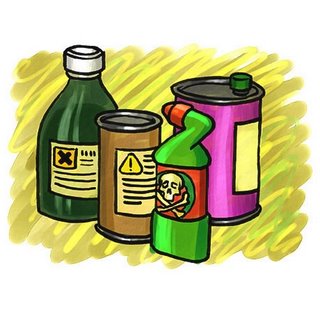 Such is the power of the European Union as a trading bloc that some of its regulations have a global reach. This we see with the RoHS Directive. Although it is based on flawed science, inordinately expensive and counter-productive, manufacturers as far afield as China, Japan and the United States are having to comply with it in order to keep open their access to European markets.

For those manufacturers, it is then often too costly and troublesome to run separate production lines for the export and domestic markets so the regulation – despite being farmed by a foreign power – ends up being applied to the home market, by which means the EU is effectively dictating world standards in some commodity sectors.

Your would have thought that US manufacturers particularly would object to this process, except that many of the big players are multi-nationals with significant European interests. They find it convenient to work to a single global standard and there are often other advantages.

What is not generally understood is that many large companies – while making ritual protests – actually welcome regulation and, in fact, much of the technical legislation promulgated by the EU actually originates from such companies, or the trade associations in their pay.

The reason for this is quite simple. Basically, in crowded and highly competitive markets where there is little scope for expansion, market share can only be gained at the expense of competitors. While the traditional route, through advertising, is expensive and uncertain, these companies have found that regulation can do a much better – and cheaper job.

The mechanism works because regulation generally has a disproportionate effect on small and medium enterprises so that suitable framed law can put competitors out of business, leaving their customer base up for grabs. Compared with the costs of advertising, compliance costs tend to be relatively modest, and can often be recouped through price increases, making regulation one of the most cost-effective means of increasing market share.

This is effectively one of the ways in which Ruth Lee, in the article my colleague reviewed earlier, goes astray. She puts the responsibility for "regulatory reform" directly onto government, declaring that it will not happen "unless the Government is prepared to get off people's backs", not acknowledging that much regulation stems from industry pressure and lobbying.

However, even EU legislation has it limits, where the costs of compliance exceed the commercial advantages gained from it, tilting the balance of utility. And, hitting the buffers, it seems, is the infamous REACH (Registration, Evaluation and Authorisation of CHemicals) directive which, according to one report is meeting with stiffening resistance from a US-led coalition.

Already opposed by India, Brazil and South Africa who predict that compliance costs will exceed what the EU gives in aid, the US has enlisted India, Japan, and ten other countries to denounce the likely trade disrupting effects of directive, arguing that it will hit developing countries and small businesses.

The directive itself was given a first reading in the EU parliament last year and the Council of Ministers voted on the text in December. The draft will now be given a second reading in the parliament in October this year.

The proposal has been around now for three years and the law, if passed, will require producers to perform health and environmental safety checks on some 30,000 chemical substances out of the 100,000 or so which are currently used in daily household and industrial products.

But the US and representatives of the 12 other nations in the coalition, including some of the EU's largest trading partners have issued a joint declaration, asking the commission to revisit the draft. They denounce "the opacity of the regulatory process" and highlight concerns regarding the high cost burden that REACH will inflict on SMEs, particularly in developing countries.

Needless to say, the arguments are given short-shrift by the greenies, at the forefront of which is the World Wildlife Fund (WWF), which accuses the US of trying to weaken the law "to the benefit of its chemicals industry". "There is nothing new in this document," it says. WWF also disputes the costs, claiming that ACP countries will have to find a mere €50 million over 11 years.

What the WWF and its fellow-travellers do not argue though – and neither indeed does the US-led coalition – is that REACH perpetuates a flawed regulatory model which, in practice, will reduce consumer safety and make health threats more difficult to resolve.

This we noted with the pesticide licensing model, on which the REACH regime is loosely based, relying on a predictive model to determine safety and a system of governmental "prior approval" before a product can be marketed.

In the first instance, while predictive models are relatively effective in determining the acute response to toxic chemicals, they are poor at identifying potential chronic toxic responses, especially where there are extreme genetic or environmentally induced variations in population sensitivities. Where high sensitivity occurs at low frequency and the size of the population exposed is large, a chemical which passes all safety checks can still give rise to high absolute levels of morbidity.

Furthermore, no test on any specific chemical can predict synergistic effects, where two or more relatively innocuous chemicals can, in combination, cause significant ill-health to those exposed. Mixing certain, relatively safe pesticides with detergents to improve their wetting can, for instance, increase their toxicity by several orders of magnitude.

Most dangerous of all, however, is the little-discussed phenomenon of "regulatory capture". In this case, it manifests itself in a particularly sinister way.

Where governments in addition to product suppliers are party to the process of assuring safety, they also bear some of the blame when the assessment process fails – as it inevitably will. Thus, the regulatory authorities, far from representing sufferers, end up siding with producers, seeking to avoid liability for their joint failure. And those sufferers, who seek recompense through the courts have an extra burden. In addition to proving injury from any particular chemical, they also have to demonstrate with whom the liability lies – the supplier of the agency which approved the chemical. As we have experienced, tax-funded lawyers defending governments, can run circles round often poorly-funded claimants and thereby evade liability.

As if that was not enough, there is also the problem of generic products, where there is no patent holder and thus no commercial advantage from paying the substantial fees required to gain approval for a product. This can have the perverse effect of removing from the market entirely safe products and force the use of others which are considerably less safe.

This is what we came to call the "Hugtite" effect, which will have to be the subject of another posting, in which I will also deal with more effective regulatory models for what is, in fact, the real problem of ensuring chemical safety. For the moment though, we wait and watch as the drama plays out and – most likely despite the US intervention - another regulatory disaster grinds its way onto the statute books.