The regular brushing of teeth 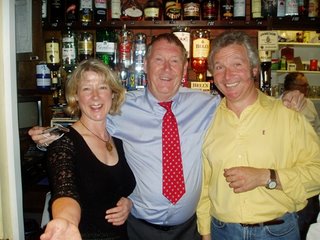 One of the little rituals in the House of Commons is the six-monthly "European Affairs" debate, held just prior to a European Council. The theory is that this gives Parliament and opportunity to approve the minister's negotiating mandate, although, by tradition, the House breaks without a division so the "approval" is only theoretical.

Again, by tradition, the debate is addressed by the foreign secretary and this was, therefore, the debut of Margaret Beckett in her new rôle. She was thus addressed by the ghastly Chris Bryant, the Labour MP for Rhondda and, ghastly though he is, rather summed up the proceedings. "May I welcome the Foreign Secretary to this collection of Euro-obsessives who regularly gather together, doling out anoraks before we begin?", he declared.

Veteran MP for Grimsby, Austin Mitchell, returning after a period of illness, also caught the mood. Expressing his pleasure at taking part in "one of our Euro bashes", he suggested a website called, "Euro debaters reunited" because, as he said, "we debate the issue in the same fashion, and make the same arguments every six months, hands warmly clasped around one another's throats." Continuing in that vein, he added:

Our debates, however, have become rather sad. Europe used to be a serious threat for some Members, but now it has all the savagery of a dead sheep. Some Members regard it as a bright vision to distract people from reality, but that vision has become remarkably tired. Europe has ceased to be relevant to our lives - it is no longer a front-line issue, as it has all the excitement and relevance of a debate on late library fines or the regular brushing of teeth. It has become a backwater, and it is of less concern to us, because it is of less concern to the people of Europe…

He is not right though. "Europe" is highly relevant to our lives – ask any fisherman, or talk to the huge bank of people in the electronics industry struggling to meet the deadline on 1 July for the introduction of RoSH. But the trouble is that no politician is prepared to talk about the European Union except in the most general of terms, reducing any debate to, as Mitchell observes, the level of excitement of the regular brushing of teeth.

Thus it was that a debate that started at one in the afternoon, droned on until seven in the evening, producing over 50,000 words for Hansard – which takes up 104 pages of ordinary A4 – and yielded virtually nothing of interest, or very little that we have not heard before. 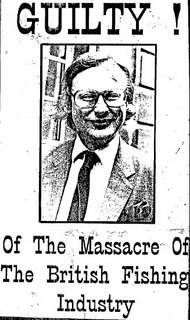 For the readers of runes, however, there was one little frisson of excitement when Bill Cash intervened on Graham Brady, the Conservative spokesman on Europe to ask him whether he would be "right in thinking that the party's policy would not be to rule out the idea of establishing national control with respect to the common agricultural policy and the common fisheries policy?"

The question was, of course, set up, and Brady responded with an agreed form of words, that reflected the policy as far as he dared express it, saying,

We have ruled out nothing in respect of the methods that we would use to achieve what all rational people must accept as a necessary objective - to find a system that works, instead of one that has failed so badly.

Not that this was picked up by any of the journalists – if there were any left in the press gallery by then – but that is the definitive statement by the Conservative Party on the CFP. From a definite commitment to unilateral withdrawal, we are now in a situation where the Party has "ruled out nothing". We will have to wait until Europhile Mr Gummer's policy commission reports – he who is slated as the worst and certainly the most unpopular fisheries minister the Conservatives ever had.

For the rest though, it did indeed have all the excitement of the "regular brushing of teeth". I have posted the link (above) but I would not suggest you waste you time reading the debate. I've done that for you.