Economical with the actualité? 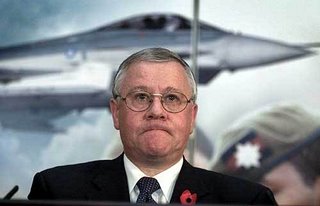 The Business has come up with a stunning report which seems to drive a cart and horse through successive ministerial statements about the civilian status of the EU's Galileo satellite navigation system.

According to the report, Britain's future programme is in jeopardy because two UK government departments are arguing over who should pay for the next financial instalment. And the two departments? These are the Ministry of Defence and the Department for Transport, which are apparently arguing the toss over the £60m five-year-subscription for the project.

And, with ten weeks left to go before the payment becomes due, the launch contractors are to call on Blair to resolve the impasse, telling him that the government risks losing its original £100m investment as well as British jobs and contracts unless it recommits to the project. One industry source said: "We are running out of time because one department can't agree with another about who is most interested in having Galileo. We could end up with no department having it at all – everything is at stake."

The dispute, says The Business "is particularly significant because the Europeans have always claimed the project to be civil, while the Americans claim it is military". And it is not only the "Europeans". Time after time, British ministers have stated absolutely unequivocally that Galileo is a civilian project.

That includes Denis MacShane who, on 18 November 2004 declared that "Galileo is a civilian system under civilian control, as confirmed by successive EU Transport Councils." He went on to say that,

Latest in the long line, though, is the current defence minister Adam Ingram who, on 19 January 2005 told the House of Commons:

If that is the case, then there should be no question about who pays. After all, the Department of Transport has, since the inception of the project, always been the responsible department. And last December, when the Giove-A satellite was about to be launched, a government press release revealed that, by then, the British National Space Centre and the Department for Transport had invested over €136 million in the project.

That the Ministry of Defence is apparently being called upon to make a contribution to the project speaks volumes and, if The Business report is true, Mr Ingram and many other ministers have been rather economical with the actualité.