A model for all seasons 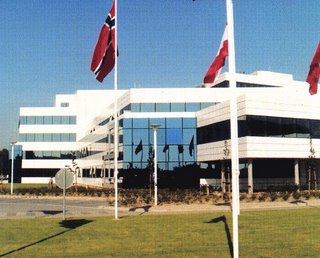 "It's a hard life being a grown-up," a friend of mine once observed after a particularly trying meeting, when we were attempting to resolve a difference of opinion with officials that was going nowhere. This is a message I pass on, with an ironic smile to my children when – as they occasionally do – come to me with their woes, usually with the added injunction, "get used to it".

Of course, faced with the overwhelming complexities of modern life, none of us ever do. We develop strategies, which often involve retreating from the full force of the reality and then picking off bite-sized chunks that we can actually understand and cope with. By this means, we hope that the other problems will somehow sort themselves out, or re-emerge in a form that is more amenable to a solution.

I am reminded of this reading Ruth Lea's column in the business section of The Daily Telegraph this morning. It is a worthy enough piece – in fact it is a Eurosceptic's delight. Ruth makes no bones about it. In the context of the EU's inability to deal with its burden of regulation and its "persistently malfunctioning labour markets", the UK, she writes, "with its unique global connections, should opt for free trade and negotiated bilateral agreements with the EU but withdraw from the EU's political institutions and free itself from its regulatory shackles."

"If the UK took this route," she adds, "then it is highly possible that other EU member states would follow. The UK should take the lead in developing a model for Europe appropriate for the 21st century."

We could hardly disagree with that but, despite our joy at having Ruth now openly converted to the cause of withdrawal, the heart still sinks. For all that she is a particularly bright lady, highly experienced and with an incisive mind, Ruth is by discipline an economist. In approaching the overwhelming complexity of the issues relating to the European Union, she appears to be thinking solely within the framework of her own discipline.

The problem here, as we have been at pains to point out to our readers, is that the European Union has long since ceased to be concerned only with trade (if it ever was) and, in the volume of its legislation and its political activities, that is the least of it. Its tentacles have spread into virtually every nook and cranny of public policy, covering an extraordinary range of issues.

Today, for instance, I read in DefenseNews, a plea by Eurocontrol – Europe's air traffic management system – for a "comprehensive plan" for military-civil air traffic control. It warns of "gridlock" unless military and commercial communities find new ways to manage the continent's air space.

Central control of military usage of air space is, as you would expect, an anathema to sovereign states but it is one of the many issues that is being argued about at a European level, under the overarching framework of the European Union institutions. Creating a free trade model for Britain is all very well but that would not even begin to address issues like this, and many others of equal or greater complexity.

Neither indeed can it be argued that the one – a free trade model – can properly be developed without also taking into account arcane things like airspace management. Airways have become vital trade arteries and air transport is, in itself, a major economic enterprise, the workings of which have a material effect on our overall economic prosperity. Yet, as a truly international – indeed global – activity, it is unthinkable that we could devise a model for this in isolation from our continental neighbours, with whom we so closely interact.

This alone is but one small, if important, example of our interdependence, other particular issues being security, immigration, shipping management and, yes, even commercial fishing. We use the Channel not only as a trade artery but also as a fishing resource and it would be absurd to attempt to manage that ecosystem without reference to the nations that border it.

On that basis, we need a model not only to deal with trade but with the myriad of other shared enterprises and concerns, all of which affect the prosperity and security of our nation and which interact in many different ways.

Therein lies our problem. As it stands, the European Union is the only model in existence which can even begin to address all – or many - of these issues in anything like a coherent manner. For all its flaws, it central lack of democracy, its inefficiencies, its corruption and political infighting, the truth is that it is the only game in town.

Not until the Eurosceptic movement, and its allies, can come up with a proper alternative – a model that addresses the reality of the diversity and complexity of our relations with our neighbours - will policymakers, who do not have the luxury of retreating from reality, take seriously the idea that we would be "better off out".