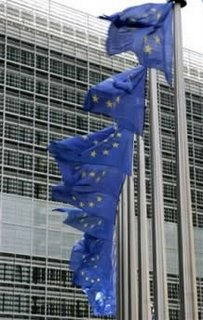 We (or I) – according to one of our revered forum members - should be killing the fatted calf over the leader in today’s Telegraph, headed, "Brussels will never take no for an answer". We – or so we are told - all have said this for years, "but when the by-far-the-biggest non-redtop endorses it," it is a cause for celebration.

Frankly, I'd sooner slaughter the leader-writer. It is precisely this type of muddle-headed, superficial diatribe that confuses the issue and makes it so hard to progress the debate.

Consider, if you will, the opening offer: "You may be outraged by the EU's declared intention to revive the European constitution. But, if you have been reading these columns over the past 12 months, you will not be surprised."

Leave aside the little bit of self-promotion – you will not be surprised (but much better informed) if you read this blog, not least that the intention is to delay any attempt at reviving the constitution, rather than any confirmed intention to bring it back to life.

The substantive issue here is the use of the "EU". As a generic term, this can mean all sorts of things and we all use it as a convenient short-hand. But, in this context - as the next part of the leader makes clear - the reference is to the "leaders of the 25 member nations". It is they, according to the Telegraph, who "have pledged to ratify the main parts of the document by 2009". 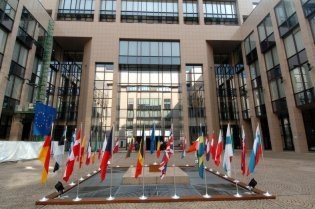 In other words – no, in the exact words – it is not "Brussels", as such that is doing this, but the democratically elected leaders of our own governments who are hatching this tryst. One of those is Tony Blair who, in any case, is unlikely still to be leader in 2009 but, if his successor takes the same line, then our problem lies not in Brussels, but at home.

Further, it is not the "leaders" who ratify treaties – they sign them. Ratification is down to the parliaments, with or without referendums. Leader can propose – parliament disposes.

On the slender basis thus established by our leader-writer, however, he launches off into the stratosphere, telling us that "there is never a Plan B in Brussels; Plan A is simply re-submitted over and over again until it is accepted." That maybe the case, but it may not. At the moment, plan A is actually stalled and there is no sure way of working out what happens next. The "colleagues" are at as much of a loss as everyone else.

To "prove" the point, though, The Telegraph tells us that "with or without formal ratification, most of the policies and institutions proposed by the constitution have been, or are being, enacted anyway: the European Defence Agency, the External Borders Agency, the Human Rights Agency, the EU foreign ministry and diplomatic corps, the European Public Prosecutor, the Charter of Fundamental Rights, the European Space Programme." Therefore, "the EU … is behaving as if the French and Dutch electorates had voted "Yes" and the constitution were already in force."

Errr… no. What is happening is a lot more subtle, and more complex. For sure, we have the European Defence Agency, but this has been set up not as a community institution but as an intergovernmental agency. It reports via Solana to the Council and relies for its existence of voluntary annual subventions from the member states. In terms of the Monnet method, it is an aberration and, to the integrationalist orthodoxy, a dangerous one at that.

Similarly, while the commission is providing administrative support to the External Borders Agency, its "teeth" are supplied by member states and its continued existence depends on co-operation between member states, with the Council at the helm. We do not have a KGB-type force wearing the ring of stars, answerable to Brussels.

The same intergovernmental framework applies to the space programme, again funded by voluntary contributions from member states – which is why the Galileo programme is in so much trouble. The commission would like control but it remains outside its grasp.

We saw the same with the "diplomatic corps", certainly slated as a backdoor attempt to introduce the constitution, and worrying in its own right. But, in the final analysis, the plan relies on the voluntary co-operation of the member states. And, what can be given, can be taken away.

What is happening, therefore, is a subtle but important shift in the very nature of the European Union. While the constitution was supposed to consolidate and extend the powers of the commission, entrenching the Monnet method – even bringing the European Council fully into the institutional structure – its failure has given a boost to the rival and instable process of intergovernmentalism.

In that important respect, therefore, the constitution, as devised, is not being enacted. It is, in strict community terms, being subverted. If the commission president was more versed in the orthodoxies of the Monnet method, alarm bells would be ringing, but Barroso is going with the flow. It has thus been left to former commission president Jacques Delors to accuse member state leaders of driving the Union into its "worst ever crisis". In his own terms, he is right to do so.

From all this though, it is possible to gauge the complexities and subtleties of a game, the nature of which The Telegraph seems to be entirely unaware. In its ignorance, it rehearses the one-dimensional stereotype. "Brussels" it says, behaves this way "because, in short, that is what it has been designed to do."

Thus follows a "Janet and John" dissertation of the basics of the engrenage process – without, of course, that term being used - with a concluding peroration which asks, "How much longer can decent democrats subject themselves to such a system?"

And therein lies the unacknowledged paradox. The system is being hijacked by those self-same "democrats" – our very own leaders, who subject themselves to the system - and increasingly run it - because it suits them. They are our problem, more so as the ways of the Council, which they employ, are even more secretive than those of the commission. Strangely, they are Brussels' problem as well.