The ministers must lie 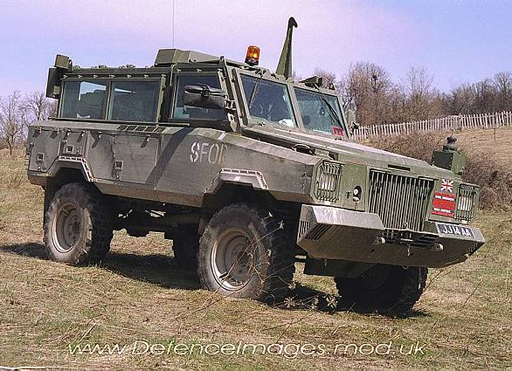 Not that you would have known it from the MSM but, on Thursday there was a debate in the House of Commons on defence policy. You would have thought that a switched-on opposition could have made considerable political capital from the issue raised on this blog about the inadequate protection for our troops against roadside bombs, but there was not a squeak from the Conservative front benches.

It was left to a Tory back-bencher, therefore, to raise the issue. This was Lee Scott, MP for Ilford, North, who noted that:


The American soldiers and marines in Iraq have access to RG-31 Nyala mine-protected vehicles which enable the crew to survive the blast of an improvised explosive device. Canadian troops deployed in Afghanistan also use RG-31s. British soldiers and Royal Marines need to make do with lightly protected Land Rovers. That is not acceptable.

Traditionally, the minister responds to such points at the end of the debate but, before he could do so, Ann Winterton, another Tory back-bencher intervened. Addressing Adam Ingram, the minister of state directly, she posed a question "about equipment connected with Afghanistan":

Because it was an "intervention", Ingram answered immediately and, from this you can see the way questions do not get answered. His response is a classic example of evasion - pure extruded verbal material:

So, don't you worry your pretty little head, dear. "Our focus at all times is the protection of our personnel".

At the end of the debate came the summing up by the parliamentary under-secretary of state for defence – there's glory for you - none other than Mr Tom Watson. He had an opportunity to deal with the Land Rover issue but chose to ignore it. Instead, what we got was:


They are making a unique and valuable contribution to help to bring peace and security to Afghanistan, Iraq, the Balkans, Northern Ireland and elsewhere in the world. I know that our debate will have reassured them that we have their best interests at heart and are all working to ensure that they have the finest support from the British Parliament.

I am not sure that our personnel will be that reassured, but I suspect not. According to the latest edition of Private Eye, British troops in Basra were distinctly underwhelmed by defence secretary Des Browne on his inaugural visit last month "Smug, sleek and fat - and every inch a New Labour apparatchick" one of them informed the magazine.

The hero of the hour, however, was a young squaddie who, while Browne was meeting and greeting, asked what he knew of the military. "Not much," the minister admitted, "but what do you know about politics?" "Well," said the soldier, "I can lie well".

Clearly, that is an essential attribute for a defence minister. Our picture above is further confirmation of the lie uttered by Lord Drayson on 12 June during the House of Lords debate. "We had 14 RG-31s in Bosnia, which we took out of service some time ago due to difficulties with maintenance." This is an official MoD photograph and the caption reads:

The Alvis 8 is the Mamba, an early version of the design from which the RG-31 was developed, and further developed, the current version being the Mk III. To imply, on the basis of a different vehicle, in service nearly ten years previously, that a current type is unsuitable is clearly dishonest.

Furthermore, we are unable to get any confirmation for the minister's claim about "maintenance difficulties". We have in fact been contacted by a soldier who was serving in Bosnia who actually drove the short-wheel-base version. His comments were:


…it was a pretty old fashioned vehicle with a 4 speed manual gear box, a huge delay on the steering, nightmarish brakes that really struggled to get the thing to stop (air brakes but the poorest I've ever come across). All in all it was a real challenge to drive, I got to love it in the end, but it put off many a driver during its time. It had its good points, the separately fuelled heater (easily coped with the Balkans winter), the sound of it, and of course it carried as much kudos as any vehicle in Bosnia

Separately, we learn that decisions to use "Snatch" Land Rovers in Iraq have caused officers "untold anguish and mental suffering" because they knew "how vulnerable they were". One source told us that, "I have seen very senior commanders cry because of the decisions that have had to be made."

Being Army, they have no choice but to use the equipment with which they are provided, and to carry out the tasks assigned. Ministers, therefore, have a special responsibility "to ensure that our people… are properly looked after". But, they are not doing so. All they are doing is uttering cheap platitudes.

But, if they admitted the real reasons why troops were being ordered to use equipment that their officers knew was dangerously vulnerable, there would be a public outcry. Thus, the ministers must lie.