Battle of the blogs 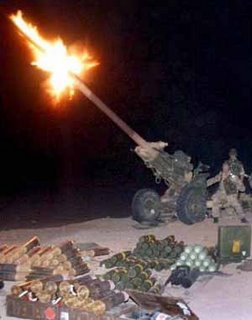 It seems the "colleagues" are waking up to the potential of blogs in a big way with Cafebabel extolling their virtues as a possible "solution to the crisis of communication between Europe and its citizens".

In a flurry of articles on the subject, it takes a "journey through the European blogosphere" chirping about "an emerging new media which hopes to unite Europe in 'dialogue, democracy and debate.'" It is through blogs, it says, "that the European Union hopes to break into the heart of citizens who are becoming more and more eurosceptic."

Particular endeavours are singled out for praise, such as here, here and here, with more than a token mention of Eurosceptic blogs – and even the "success" of this site gets a mention.

Despite their weaknesses, Cafebable argues, blogs are growing in force; three million new blogs were created in the first four months of 2006 in France alone. "And that's not all," it says. "Given the apparent reluctance for any official debate on the EU constitution, there now exists a void to be filled by the blogger with their criticism of the EU, with the vitality of their ideas, and with the understanding of public opinion that only a private citizen can have."

And, in a rare area of possible agreement, Cafebabel continues: "Everyone's listening to them, but how many European leaders have ever left a comment or a post on a blog? Is it too optimistic hope that the 'no' vote to the European constitution may have triggered enough alarm bells to motivate politicians to reconnect with public opinion?"

Unlikely, but there you go. There are still too many politicians out there who do not even know how to turn on a computer and are therefore oblivious to a medium through which they could access a huge constituency.

By coincidence, the Tory Boy Blog is also on the case, picking up on a creditable attempt to pull together a directory of right wing blogs, including Eurosceptic sites, under the name Right links. This is a good starting point for finding useful sites, although too many of them exhibit the claustrophobia of narrow party political issues. In a second post it develops the theme about the utility of blogs.

Anyhow, if the Europhiles are waking up to the potential of blogs, it looks as though we have a fight on our hands to dominate the internet. Whoever thought we would be in the front line!