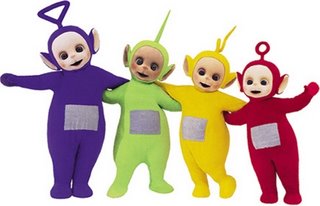 While US airpower was wowing the world, a sad group of little men were meeting in Brussels to discuss how to "boost" the credibility of the EU.

Amongst them was El Presidente José Manuel Barroso, lamenting the sad fact that "Europe is still punching under its weight." Perhaps some kind person should take him aside and whisper in his ear that you gain credibility by being credible.

Typically, the BBC described this as the commission unveiling plans "designed to strengthen the EU's role on the world stage", but there is absolutely no truth in the rumour that it plans to buy a squadron of F-16s equipped with GBU-38.

Instead, it is going for "better co-operation" between with the Council, allowing EU officials to attend national diplomatic training schemes and an "enhanced programme" of exchanges between the commission, member states' diplomatic services, and the Council's secretariat.

For the pièce de resistance, the commission is also suggesting that it and the Council secretariat should produce more joint strategy papers, as well as co-ordinating more closely in crisis management, while having top officials abroad taking on a dual role as head of the commission delegation, and special representative of the Council.

All of this is aimed at sending stronger and more co-ordinated messages to the EU's "foreign partners", to be achieved by "harnessing the synergies between all the actors involved".

And that will really get al-Qaida squitting in its knickers.