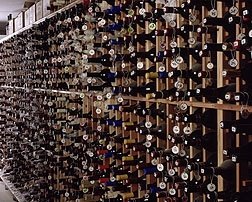 Just when you start to get delusions of grandeur, and believe there are some really serious life and death issues that really should be addressed, you can always guarantee that the European Union will drag you back to the basics.

Thus it is that, after an "emergency" summit in February last, the commission is finally ready to make a pronouncement on a subject of earth-shattering importance – what to do with the Union's surplus four billion bottles of wine, which swallows up €1.2 to €1.6 billion (£810 million to £1 billion) of taxpayers' money each year.

Considering that the British taxpayer forks out between £90-120 million of this (as a conservative estimate), all part of "our" EU contribution – which would buy our hard-pressed troops in Basra a cool 3-400 RG31s - one is tempted to assist the commission with some pretty graphic advice on what to do with the bottles.

But such are the priorities of the EU and its grip on our government that we must go along with the charade of supporting an organisation that, having paid French and Italians (and others) a king's ransom to produce the stuff, is spending something like another £350 million distilling the unwanted surplus, to use as industrial alcohol.

Anyhow, even this is proving a bit too rich for agriculture commissioner Mariann Fischer Boel, who – we are told - is about to propose the distillation of lower quantities and at lower prices than the two countries have demanded.

This is something, however, that the odious Frogs really get excited about (much more important than mere British soldiers getting blasted into the next world) so a mega stand-off is expected. The French – aided and abetted by the Italians – will then do what they do best: screw even more money out of the EU.

After some ritual posturing by both sides, and a commitment to some reform of one of the most inefficient and controversial aspects of the CAP – which from past experience usually means paying out even more money – the Frogs will get most of what they want, and the Italians will mop up behind them. And behind them will be the Greeks, who also have their hands out for some cash to bail out their wine industry.

And that, people, is what is really important in the claustrophobic little world of the European Union, that wonderful organisation which brings us so many benefits. Tell that to the troops in Basra.

Today, incidentally, is the 62nd anniversary of D-Day - the start of the liberation of Europe. You sometimes wonder why we bothered.