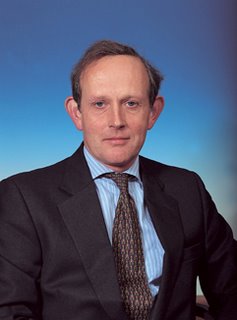 And so it came to pass that their Noble Lords had their debate on defence yesterday and, in the nature of things, widely ignored it was by the media and the great unwashed.

It was in many senses a messy affair, covering too wide a range of subjects – from the nuclear deterrent to housing for the armed forces and all points in between.

One contribution which did stand out though was from the Viscount Brookeborough which, especially in the context of my earlier post, seems to make enormous sense. In the interests of fuelling our own debate, therefore, I am publishing the full text here:

In Basra, in the multinational force area, insurgents are not normally suicidal. However, they have taken IRA technology—which is what it was—directly off the shelf. Suffice it to say, it is a device that noble Lords may have seen in the newspapers last week. It is called a PIR RC IED—a passive infrared radio-controlled improvised explosive device. It is almost certainly manufactured in Iran. It is not improvised—the device has been made by machines in a factory. The system of initiation enables extreme accuracy. That is why soldiers are being killed in Snatch vehicles. It is also capable of disabling tracked vehicles.

I am aware that we are developing counter measures. However, like Northern Ireland terrorists, the insurgents are most certainly developing the next generation of weapons to get round our counter measures. By the nature of things, we will always be slightly behind, so the problem cannot just be shuffled away, with the hope that there is a counter measure.

We were told by the Minister in May in answer to a Written Question that our service helicopter fleet was only 59 percent operational. That is seriously bad news; it is a disgrace within a modern Army. We were also told that there were 28 helicopters in Iraq, of which an average of 22 percent were not serviceable. Therefore, there are, on average, 20 serviceable aircraft in Iraq. This does not differentiate between the various capabilities. We were told that we had two Chinooks, eight Sea Kings, seven Merlins, five Pumas and six Lynx. I read a report about more Sea Kings going to Iraq, but I am not sure whether they are the right aircraft and whether we are not plugging a hole with the wrong nail.

If these helicopters are defined, rather vaguely, into "support/heavier lift" and "tactical/patrol deployment" categories, that would result in the Chinooks, Sea Kings and Merlins being in the support and heavy lift category, the Pumas being dual purpose and the six Lynx being the patrolling aircraft. This does not take into account the fact that seven may be unserviceable, spread over all types, or in extremes, all from one category. That is a possibility, but we hope it does not occur.

My observations are as follows. The 17 aircraft in the larger category and the Pumas in the second category are almost entirely used moving personnel and equipment between bases in the multinational force area in southern Iraq. That also includes providing aircraft to go to Baghdad occasionally. These tasks include administrative resupply, changeover of units, servicemen travelling to and from R&R and hospital visits. These tasks are important—in fact, they are essential. They have become a vital priority in maintaining our deployment, so they are not for giving up, day by day, in preference to something else.

That leaves the Lynx and sometimes some of the Pumas for all the other tasks, including operational patrolling, surveillance and general taxi work. Surveillance is important because our modern surveillance system—the successor to P3—fills up the back of a Puma. You cannot land it on the ground and pick up eight soldiers. That helicopter is operational for surveillance only.

At the very best, it would be difficult to ring-fence the use of more than eight choppers for eagle patrolling and tactical operations by troops on the ground throughout the whole of our area. Where the use of single aircraft is at high risk, it will have to be done in pairs, thereby reducing separate operations that may be supported by choppers at any one time.

In practical terms, regardless of the theory, if anyone suffers a reduction in heli hours due to serviceability, it is the soldiers deploying on routine operations—they may be routine, but they are highly dangerous in Iraq—and not the vital admin resupply and support. It is therefore true that an overall increase in helis, and therefore heli hours, by, for example, 25 per cent, would be seven aircraft. That could result in a 100 per cent increase in availability of choppers for supporting patrolling on the ground. That is not great and I do not understand why we are not doing it.

We have lost personnel increasingly while on mobile patrol. We had a very similar problem in Northern Ireland, and we had to put large areas completely out of bounds to mobile patrols. Where I live, across the main road, it did not matter what happened—you were not allowed to take a mobile patrol. We used covert patrol vehicles, but I accept that that is not an option for Iraq. We also used helis, but we had 72 before taking serviceability into account. They often had to operate in pairs. We must ask ourselves questions about the patrols, especially mobile patrols. Is a given patrol really necessary? What is the threat and why is the IED beside the road? Could the patrol be done on foot? If we have the heli hours, could we use helis to patrol at virtually no risk? Are the helis at risk?

If the patrol is on foot, it is easier, through tactics developed in Northern Ireland and now in Iraq, to protect themselves and control the environment around them. I shall not go into detail, but that is what occurs. If there are heli hours, eagle patrolling reduces the risk immediately. If helis are at risk, the use of helis in pairs enhances safety yet again. One helicopter operates while the other one watches. Two helis in the air can virtually freeze terrorist movement in a 2 kilometre-square area. The second one can react to any unusual activity. There are more ARFs—air reaction forces—in the air, day by day, which can react to other things occurring in the area.

In Northern Ireland, the threat to helis virtually disappeared when there was more than one of them in the air. There were occasions in County Fermanagh, where I live, when a patrol or OP was hit and there was not vital necessity for it to be there. There would have been no attack if it had not been on the ground at the time. If it was not in an ambush position, what was it doing providing a target? That is what some mobiles are doing.

While in Iraq, I asked a very senior person how the Iraqis will patrol when we leave and remove our technology, which is going to happen. I was told that the Iraqi mobile patrols did not seem to be targeted in the same way. We seem to be providing ourselves as a target, especially if an Iraqi patrol can do it. That is fact—it is what I was told.

If you ask a senior officer, "Are you coping with accomplishing your mission?", the answer will be yes. If he gave the wrong answer, you would probably remove him. However, if you were to ask, "If you were provided with substantially more helis, would it change your tactics and make it safer?", the answer would be a resounding yes and you would have a very happy officer. Incidentally, an increase in helicopters to Northern Ireland levels would increase those provided to soldiers by 600 per cent.

In a discussion on research for new vehicles in the other place on 26 June, the Secretary of State said:

"There are medium and long-term plans relating to vehicles, and I shall be considering what we can do to respond to the situation in the short term".

The review should already be under way. We are in an operational situation. How come we have just decided to do it today? The terrorists, or the insurgents, are already reviewing what we are trying to counter, and we are about to set up the review. I suppose that it is something. What are the Government doing when they say that they,
"shall be considering what we can do to respond ... in the short term"?

The "short term" is tomorrow. Something should already have been done. That debate was on 26 June. It is amazing.

Later, the Secretary of State said:

"Decisions on which vehicles to use on operations are for the commanders on the ground". [Official Report, Commons, 26/6/06; cols. 4-5.]

The commander can use only what he's got. It is a lovely turn of phrase, but if he had the helis, he wouldn't be in the wagon.

A number of those in another place and some commentators have asked about bigger or stronger vehicles, but I do not think that that is the right line to go down. We do, however, need a patrolling vehicle, because the type of IEDs being used will disable tracked armoured vehicles. What are you left with after such an incident? You are left with a marooned armoured vehicle. How do you get it out? If you cannot, you may have a riot situation. Or perhaps we do not need to worry about it because, after they have stopped killing people in the tracked vehicle, the crowd will ensure that the situation is sufficiently in hand to petrol-bomb the living daylights out of it. These vehicles are difficult to recover. All I will say is that these reviews are a bit late in the day, and we ought to get some of the 41 percent of choppers which are non-operational into the air pretty quickly.

I shall have more to add on this and other contributions to the debate, when I have been able to study it in more detail. I will post the forum link with the general debate on "Snatch" Land Rovers.