Peter and the Bear 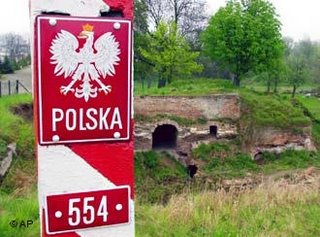 Since September 2004, a nasty little trade war has been brewing between Poland and Russia, sparked off when Russia closed its borders to Polish dairy imports, claiming they did not comply with its health requirements.

At the time, we forecast that this could have a significant effect on British farming, not least because the outcome could have been the adoption of EU-wide rules to meet Russian standards – which require Bovine TB free status for dairy products. With Bovine TB spiralling out of control in this country this could have led to an export ban on the scale of the BSE ban, excluding British products from the EU marketplace.

Nevertheless, this did not materialise, mainly because Poland chose not to invoke the EU in its dispute and opted for bilateral talks. But, nearly two years later, far from being resolved, the dispute has escalated and widened, to include Ukraine. Russia and Ukraine have now imposed the bans on Polish meat exports in November and March respectively on the grounds that Poland was allowing illegal exports to cross the border, cutting off some ten percent of Polish meat production.

This has caused serious alarm in Poland and deputy prime minister and agriculture minister Andrzej Lepper last week called for EU involvement in the negotiations. According to Tass, Lepper is threatening to impose restrictions on food exports via Poland to Ukraine and Russia unless the EU steps in sharpish.

The Polish News Bulletin reports now that Peter Mandelson has stepped into the breach and has now met with premier Kazimierz Marcinkiewicz, telling him that, "We must work harder" to unblock trade between Poland and Russia. He is proposing a trilateral meeting to Russia

However, if Mandelson thinks negotiating on the Doha WTO round is difficult, he ain't seen nothing yet. Intervening on behalf of Poland and trying to do a deal with Russia will stretch his capabilities to the limit and beyond. Almost certainly, Russia will demand concessions from the EU which could lead to precisely the situation about which were so concerned in 2004.

Thus, while Prokofiev wrote a happy ending for Peter and the wolf, Peter and the Bear might be an altogether different proposition.