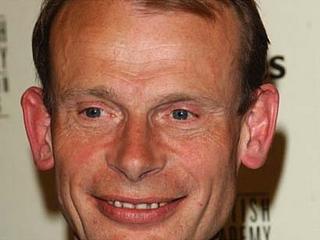 I had never before marked down Andrew Marr, former BBC political editor, as a fool. But, at the very least, though, he displayed a monumental lack of judgement in allowing himself to be recruited by the BBC to host an unspeakably dire programme on the European Union tonight called How Euro are you?.

The tone of the programme was set by Marr's co-host, Dara O'Briain, supposedly a "highly popular comedian in Ireland and has fast become a household name in the UK" a man, fortunately I had never heard of and do not wish to hear of again.

Hardly worth fisking, in fact, the programme was so utterly appalling that I stuck only 38 minutes of it before turning it off. But what came over loud and clear was what could only have been a deliberate policy decision of eliding the word Europe – a continent – with the European Union – a political construct. No one in the "game" can be unaware of the difference and it is a mark of the BBC's inherent bias that it chooses to confuse the two.

Its other little trick was to suggest, slyly, that the greatest problem with the EU was its threat to our "national identity", something which is the least of our worries – although listening to the BBC hacks and hackettes bleating about metres and kilometres sometimes makes you wonder if you are in a foreign land. 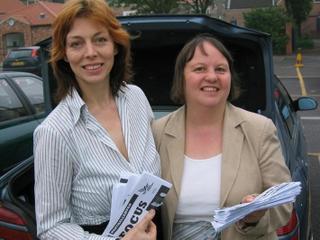 Nor did it mention that Julia gave the key speech at the national Lib Dem Conference in September 2002 for the sexual equality of young people. She is a member of the Lib Dem Working Party on Censorship policy (anti-sex censorship) and is currently in line to be elected as an MEP.

But, what the BBC did do was give our Julia plenty of time, not least to expound on how simple and "sensible" was the EU constitution. What strange bedfellows doth the BBC find.

Also in the line up, with Peter Hitchins, who was allowed to say we should leave the EU, was another all-purpose Europhile, Sir Stephen Wall, who expounded, unchallenged, the thesis that Britain's interest was best served by being a "prominent member of Europe" alongside its European allies.

The programme itself, made for the BBC by Talent TV, was filmed in front of a studio audience with a "interactive test" to try and work out where the studio audience and viewers at home stand. All it really achieved was to demonstrate where the BBC stands – in the gutter.