It's an ill wind… 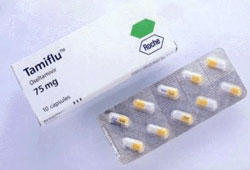 Although we are a tad underwhelmed by the bird flu scare, some people are doing very nicely thank you out of the increasingly strident alarums.

According to Bloomberg, Roche Holding AG, the manufacturers of the anti-flu drug Tamiflu, have reported a third-quarter rise in sales of 20 percent, partly as a result of the demand for the drug.

The company now expects its drug sales to grow at least 10 percent this year and that the operating profit margin will be better than that in 2004. As they say, it's an ill wind that blows nobody any good.