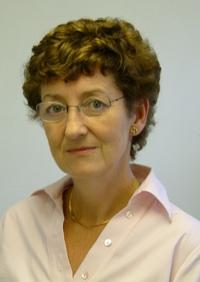 While the EU's standing veterinary committee in Brussels was doing what it does best – banning something – in this case all commercial imports of live wild birds, another drama was being played out at Defra headquarters in London.

The venue was a private briefing given to MPs by Debby Reynold, Defra's chief vet (left), to update them on department's action on avian influenza but, after a Janet and John summary, one MP at least got down to action and started asking some serious questions.

This was Owen Paterson, shadow junior agriculture minister, who was particularly interested in the fate of not one but two ex parrots, as revealed by the department's own press release issued two days ago and reported on this blog.

Readers will recall that, contrary to media reports, not one but two parrots were sampled by Defra and, unaccountably, the samples were pooled for testing, as a result of which Defra cannot tell which of the two parrots (or both) was actually infected.

More to the point, under questioning, a flustered Debby was unable to confirm the source of the second parrot, saying only that an "internal inquiry" was being carried out to discover why the samples were mixed in what appears to be a typical Defra blunder – of the order of mixing sheeps' with cattle brains.

The significance of this latest blunder, of course, is that, on the basis of the known ex-parrot having come from Surinam where there has been no H5N1 reported, the department has constructed a "working hypothesis" that the infection came from birds from Taiwan in the quarantine facility, despite there being no reports of H5N1 there either.

This hypothesis has already invoked the wrath of Yeh Ying, the Taiwanese deputy director of the bureau of animal and plant health inspection and quarantine, who has called British veterinary experts "irresponsible", and with another ex-parrot involved – of unknown origin – this drives an even larger cart and horse through the department's theory.

Thus, Yeh Ying's comment that: "The British authorities do not have solid evidence while making a statement implicating the possible source of a bird flu virus in another country," is proving to be more accurate than she first imagined, and provides a further demonstration that about the only thing that Defra is any use for is killing animals. Ying, in fact, has got Defra down to a tee… "dangerous and irresponsible," were the words she used.