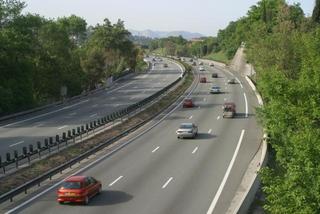 At the end of last month, we reported how the giant French defence, electronics and engineering contractor, Thales, had become embroiled in a major bribery scandal.

Amongst other things, it was facing allegations from Michel Josserand, former chief executive of Thales Engineering and Consulting (THEC) that it paid out millions of dollars in bribes and sold chemical weapons to the former Iraqi regime of Saddam Hussein. Josserand has also told police investigating Thales that the company took part in the construction of an Iraqi chemical-weapons plant disguised as a factory that made powdered milk.

Predictably, the company denied everything, even announced that it was going to take immediate legal action for defamation against Le Monde, which reported the scandal, and Josserand. As for the whistle-blower, now working for the European defence contractor EADS, he was threatened with the sack and had gone into hiding.

However, the affair is now taking on a little more substance. According to Reuters, the company has now admitted formally that its communications subsidiary has been placed under investigation by Nice prosecutors, who are conducting a corruption probe.

Although there have been suspicions of bribes in relation to a light tramway contract in Nice, this investigation relates to a suspicious payment at the end of 2004, when a motorway contract was awarded. The subsidiary, Thales Communication, was chosen by motorway company Escota to provide radio equipment for the motorway network around Nice.

The network allows motorists to tune in to a special radio station, Traffic FM, that combines music broadcasts with traffic reports and can be heard only on the motorway.

The news agency AFX goes further than this, with a report that states Thales has apparently admitted an "irregularity" in the radio contract.

There is still no further news of the progress of the original allegations, but files are still with Paris prosecutors, who are also investigating the corruption allegations. But, as the noose begins to tighten around the company, Thales executives must be thinking that the situation is no longer very Nice.