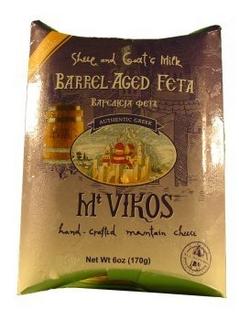 Back in February, my esteemed colleague wrote a somewhat acerbic commentary about the EU Commission's decision to allow the word "feta", a specialized cheese made out of goat's or sheep’s milk, to have a protected status.

Surprise, surprise it was to be protected as a Greek name, where, the Greeks say, it has been produced for 6,000 years and, at that point, Denmark had decided to appeal the decision in the ECJ, supported by Germany and France.

Now it has come to pass that the court has delivered its judgement which, according to the Scotsman, has gone in favour of Greece. This confirms that Greek feta is entitled to a "Protected Designation of Origin", with only cheesemakers in certain areas of Greece allowed to use the name "feta".

"[Feta is] from a defined geographical environment with specific natural and human factors which is capable of conferring on that product or foodstuff its specific characteristics," the Court said. "The interplay between the natural factors and the specific human factors, in particular the traditional production method, which requires straining without pressure, has thus given feta cheese its remarkable international reputation."

The ruling has caught out a UK food producer; Judy Bell, who runs Shepherds Purse Cheeses near Thirsk, in North Yorkshire. She has been calling her product Yorkshire feta and now faces a major and expensive rebranding exercise.

Despite her disappointment at the ruling, though, said she was not surprised by the ruling, which is probably just as well – the ruling was almost certainly a Feta complis.