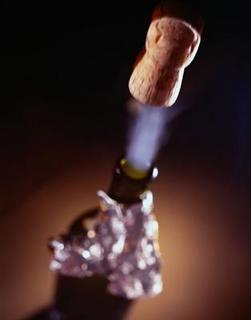 The Washington Times reports that

“The European Union and two wine trade groups have created a new group to help educate American consumers about where their bubbly and other wines come from.”

The article, strangely enough, makes no suggestion who might be footing the bill but we and our readers can make some intelligent guesses.

The aim is to explain why certain names, such as champagne cannot be used on sparkling wines produced by the méthode champenoise, unless it comes from the region.

To some extent American wine producers are not unsympathetic. Napa Valley producers have objected to the place being used on wine labels if the grapes do not come from there. The point is, of course, that Napa Valley is a specifically designated place and there is no generic wine of that name.

“Most American producers, if they use a semi-generic term like champagne, include the place of production, said Eileen Fredrikson, a partner at the Woodside, Calif., wine consulting firm Gomberg, Fredrikson and Associates.”

At stake are names like champagne, sherry, port and several other semi-generic names that have come over the centuries to mean the wine rather than the place. Americans are not the only ones to complain about this, though they may be the only ones to have reached a favourable agreement. South African wine producers have never been too happy about being bullied about the word “sherry”, which is, in any case, a long way from the original Jerez.

The most likely explanation for this amazing desire to educate the American public is not far to seek, however. As we have reported before, French wine sales and exports are going down while American ones are soaring. Something must be done.