A drama so bizarre… 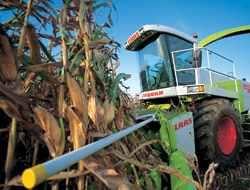 A bizarre drama is to be played out shortly in the Council of Ministers, possibly at the November Agriculture and Fisheries Council, when the 25 ministers from the member states will be asked to vote on decisions which will have the effect of over-riding the sovereign rights of member states to prohibit the marketing of GM crops in their territories.

The front-runner in this drama is Austria which, in May 2000 drafted a Genetic Technology Prohibition Law, allowing its regions to declare themselves GM-free. The EU Commission rejected the law but Upper Austria persevered, seeking to impose a three-year ban on the use of GMOs to "protect organic and traditional agricultural agriculture and to prevent hybridisation."

The case was referred to the European Court of Justice and, on 5 October last year, the EU Court of First Instance ruled that Austria had failed to provide scientific justification for the measures, after the European Food Safety Authority (EFSA) published an opinion that stated that no new evidence for health or environmental risks was presented by the Region to justify its law.

Under the procedure dictated by Directive 2001/18/EC – on the marketing of GM crops - the commission now has to propose to the Council a formal Decision, notifying it that its measures to prohibit the use and sale of genetically modified crops – in this case maize - "are not justified", giving it 20 days to lift its ban.

Alongside Austria is France and Greece, which have banned genetically modified rape, and Luxembourg and German, with maize – all of whom are also subject to proposed decisions. Collectively, these countries will be party to the votes, putting themselves, effectively, of telling themselves to get into line.

Should the countries succeed in blocking the decisions, the proposals go back to the commission which, in the terms of the directive, "shall re-examine (them)". On the other hand, if the Council fails to make a decision within three months, the Decisions are automatically adopted.

Whatever you might feel about GM crops – and the issue raises considerable passion – this is indeed a bizarre way of going about things. Countries which have banned the products are being dragged into the ECJ, whereupon the unelected commission is forcing their elected representatives decide to over-rule their own domestic laws, which they passed in the first place and do not wish to see overturned.

You could not, as they say, make it up.