Standing over the gap 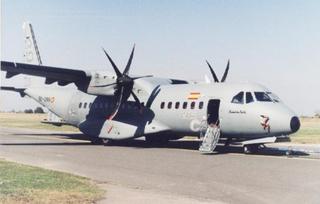 A nasty little row is brewing between the US and Spain following a decision by the US State Department to delay the sale of 10 Spanish-built C-295 military transports to Venezuela.

Since the aircraft, produced by the CASA subsidiary of EADS, have a number of US components in them, including radar and optical systems, these require US export licences under the International Trade in Arms Regulations (ITAR) before they can be sold to a third-party nation.

The US has not prohibited the sale but is scrutinising the application, something which is infuriating the Spanish and is likely to spur efforts by European arms makers to escape US export controls. A handful of European companies are already advertising some of their wares as "ITAR-free".

In some ways, though, the US move is an "own goal" in that the Europeans are increasingly conscious that the best way to become ITAR-free is to stop buying American-made parts.

This has, to some extent, been behind the determination to equip the Eurofighter with European-built Storm-Shadow cruise missiles and Meteor air-to-air missiles. It was felt that, should the aircraft be fitted with US-built ordnance, their export potential could be limited.

Last April, France's Alcatel Space, which has made it company policy since 2002 to build ITAR-free communications satellites, launched its first ITAR-free satellite on a Chinese rocket.

However, on the C-295 order, US State Department officials are unrepentant, saying a meticulous look at the applications is warranted "given the increasing authoritarian direction of the Venezuelan government," adding that it was likely that the sale of the aircraft would be prohibited.

Moreover, the prohibition is likely to stick as EADS is a US defence contractor and is currently, in conjunction with Northrop Grumman, hoping to bid for the multi-billion dollar USAF air tanker contract.

Nevertheless, more European weapons makers are actively purging US content from all of their equipment with export potential, actions actively encouraged by the EU Commission which is anxious to reduce its reliance on American equipment.

One way out of the impasse, of course, would be for the Spanish to withdraw the sale of its C-295s to Venezuela, which is becoming increasingly aggressive towards the US. Selling military equipment to a nation hostile to the USA, and in its back yard, is not perhaps the most tactful thing to do.

For the UK, though, this is more than problematical as the long-smouldering row over ITAR is progressively increasingly the distance between European and the US, forcing it to make a clear choice between competitive suppliers and reinforcing its “Europe First” procurement policy.

More and more, Britain’s traditional role of forming a “bridge” between the US and Europe coming under strain, a situation which, in my recent paper on UK defence procurement policy - The wrong side of the hill - I likened to standing over the gap between the two halves of Tower Bridge, just as the bridge starts to open.