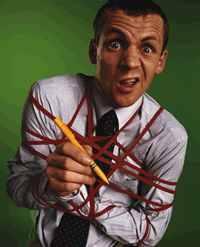 What to us was a gut feeling about the EU running out of steam is somewhat strengthened by tomorrow's edition of The Business.

Under the heading, "EU hit by capital flight as red tape proliferates", Allister Heath reports on a survey from Morgan Stanley which claims that Europe's largest companies are planning to make 40 percent of their investments outside the continent this year.

The report, yet to be published, will confirm that high levels of red tape in the EU and "general unfriendliness to investors" is leading to huge capital flight to more welcoming shores. Writes Heath, the news will deal another blow to European workers, who are suffering from high levels of unemployment and sluggish wage growth.

The article cites Eric Chaney, economist at Morgan Stanley, saying: "It is probably fair to say that between one-third and one-half of investment projects by European companies are going outside high-income Europe. A combination of unfriendly government policies, slow growth prospects and high wage costs probably explain this important leak in the macro investment equation."

These are just the sort of statistics that the gnomes of the Berlaymont simply cannot fudge. And no matter how much Barroso prates about relaunching Lisbon, and increasing "competitiveness", etc., etc., it is facts like these that stand as testament to his failure and the growing failure of the "project".

My colleague, however, warns against premature optimism. The EU may be dying on its feet but, like the Soviet Union before it, when it comes to political constructs, it can be a long time dying.