A succession of failures 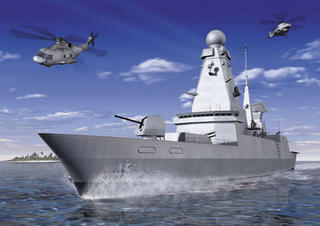 For anyone who wants an example of how a combination of useless MPs and the gross amateurism of the media can given a totally distorted view of a subject, go no further. Today's report from the Public Account’s Committee on "defence overspending" – mentioned in my earlier posting – would be very hard to beat.

The report itself, available here is entitled, "Ministry of Defence: Major Projects Report 2004". To produce it, the committee – headed by Edward Leigh - examined the cost, time and technical performance in the year ended 31 March 2004 for the 20 largest MoD procurement projects where the main investment decision had been taken. It also examined the ten largest projects in the assessment phase.

For the 20 largest projects, the MoD forecast the costs at £50 billion, an increase of £1.7 billion in the last year (compared to £3.1 billion in the previous year), bringing them to £5.9 billion over the target cost set at approval (or 13% of the total forecast set at approval). The 20 projects have also had further delays, totalling 62 months, to their expected delivery dates, bringing the cumulative delay to 206 months.

Cumulatively, said the committee, these in-year cost increases and delays place additional pressures on an already-stretched defence budget and mean that the Armed Forces will not be getting the most effective capability at the right time. There will be further cuts or cancellations in equipment, and the Armed Forces will have to operate older, less-capable, less efficient equipment for longer.

At face value, all of that looks good, critical stuff and what is said is not inaccurate. But it is childishly superficial.

Firstly, the MPs took the MoD at its own face value, coming to its conclusions after taking written evidence solely from the MoD and oral evidence from two MoD officials. They did not look outside the loop, and seek wider views of the failures of the Department.

Secondly, a failing shared with the Defence Select Committee, the MPs only looked at the situation "as is". In other words, they looked at the projects which the MoD was implementing and assessed its performance in dealing with them, in order to gauge whether money was being wasted. What it did not do was attempt to second-guess whether those projects should have been undertaken in the first place - whether they made the right choice of equipment and, if not, why not.

This is especially significant in that the most expensive of the projects the committee looked at was the Type 45 Destroyer (pictured above) contract, which is costed out at £5 billion for six ships, despite the MoD's website stating that they cost £1 billion each.

This is a contract we have looked at very closely on this blog and our conclusion is that the UK should never have attempted a unique, national design for such a small number of highly complex ships. That is the option the Australians chose, selecting a more capable US design, building the ships in their own yards at 60 percent of the UK costs.

If that assertion is debatable, then at least it should be debated, and that represents the ultimate failure of the MPs – that willingness to take each decision "as is" without looking beyond it. But even following its own limited framework, the committee fails in its task. It is not always clear, it says:

…whether changes to the scope of projects are the result of cost increases or changes to requirements or both. For example, it was originally planned to purchase 12 Type 45 destroyers when the project was approved in 2000. The Department is now planning to acquire only eight ships. The reduction in numbers was not attributable to any one factor but to a combination of getting greater capability from each destroyer; the need to contain costs after increases in parts of the project (mainly on the Principal Air-to-Air Missiles to be fitted to the destroyers); and the reduced threat from enemy aircraft and missiles.

Leaping out from this verbiage is that crucial phrasing: "…the need to contain costs after increases in parts of the project", mainly on the Principal Air-to-Air Missiles (PAAM). Nowhere is this mentioned that this is a French designed and built missile, which is late, with the costs spiralling out of control. It was the insistence of the MoD that we kept PAAM that forced us to resort to a unique design in the first place, but there is no mention of that. But what it does remark is that:

The Department aims to match appropriate procurement strategies to individual projects on a case-by-case basis. The different strategies employed include Private Finance Initiative / Public Private Partnerships, leasing, multi-nation collaborative programmes, partnering, and Alliancing. The decision to adopt a particular strategy will be affected by factors such as affordability, technological risk, and the possibilities of sharing technology, risks or rewards with industry or other nations. But different strategies carry different risks. The multi-nation collaborative route, for example, has often led to delays while other partner nations reach agreement on the Memorandum of Understanding or the contract.

This, says the committee, has happened on the Eurofighter, the Meteor missile and the A400M heavy lift aircraft in each case resulting in significant time and cost overruns. But it also happened with the Type 45, which the committee does not include in its list.

Putting this all together, some of the projects are indeed down to mismanagement, but much of the waste identified by the committee stems directly from the choice of European equipment. This is not "mismanagement" per se, but the effects of selecting the wrong suppliers or the wrong equipment in the first place. And this applies to other equipment, the procurement of which in the committee's terms, was not "mismanaged", but still cost more than it ought to, or was simply the wrong choice.

Yet, when it comes to the media, they all report roughly the same thing. The Guardian picks up the theme of "overspending" and then follows the committee line that:

The cost increases and delays will lead to "further cuts or cancellations in equipment, and the armed forces will have to operate older, less capable, less efficient equipment for longer", the Commons public accounts committee warns.

Exactly the same line is taken by the BBC, which reports the MPs saying: "the armed forces may be left without vital equipment because of the Ministry of Defence's 'woeful' management of major procurement projects."

And then there is the Telegraph which reports on "the woeful performance of the Department in procuring defence equipment and its inability even to follow its own broadly sensible procurement rules."

This is not journalism – it is copy editing. The mindless hacks have simply edited the committee press release. Some have embellished it with a couple of quotes, and then they all have regurgitated the script and called it a news story.

The point of course, is that the select committee have done a bad job in scrutinising the government. But, in a working democracy, the check on the poor performance of MPs is the media, which should have savaged the report. They have not, and therefore, as a result of this succession of failures, the government gets off the hook. No wonder it performs so badly.