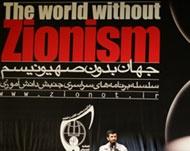 How stands the struggle for democracy and against terrorism? Well, not so badly in that supposed quagmire, Iraq, where the constitution has been voted through by a large majority and even the Sunnis have promised to co-operate with its implementation. It is not going to be easy but it is slowly moving in the right direction.

In Lebanon two people have been arrested for the murder of the former Prime Minister Rafik Hariri but what to do with Syria, whose government was named (well, named at first then accusations withdrawn) as being behind the assassination (as well as a few others) is still being debated.

Russia and China have announced that they will not support sanctions against the country. Sergei Lavrov, Russian Foreign Minister said that his country wanted to see the murderers of Hariri brought to justice rather than go about imposing sanctions on a country. Given how ineffective and corruption-riddled UN sanctions have been in other places, Lavrov may have a point. There are ever more predictions, however, that Assad Junior’s regime will not survive for many more months as he does not have his old man’s total ruthlessness.

And so we come to Iran, the country that was going to be the great glory of European diplomacy. Not only have all hopes of stopping nuclear development for all sorts of purposes in that country have had to be abandoned, no matter what official statements may be made in France or Britain, but the new President has also burst onto the international field with another radical statement.

Shortly after a suicide/homicide bomber killed five Israelis and wounded dozens of others in Haldera, for which Islamic Jihad has claimed responsibility and in response to which Israel intends to mount a military operation in the West Bank, Iranian President Mahmoud Ahmadinejad spoke at an objectively titled conference in Teheran: “The World without Zionism”.

According to Al-Jazeera and other news agencies, President Ahmadinejad called for Israel to be wiped off the map. One must admit, his grasp of history does not seem to be any greater than that of our own politicians but he is considerably nastier.

To him the Jews are the historic enemy of Islam, which is not precisely true if one looks at the historic relationship between Jews and Muslims in the various Muslim empires. But the “fiery” speech seems to have lumped all the “enemies of Islam” together:

“The establishment of the Zionist regime was a move by the world oppressor against the Islamic world. … The skirmishes in the occupied land are part of a war of destiny. The outcome of hundreds of years of war will be defined in Palestinian land. … The Islamic umma (community) will not allow its historic enemy to live in its heartland.”

None of this explains why the Islamic community has been so reluctant to help their Palestinian brothers and sisters to have a better life but you can’t have everything.

President Ahmadinejad has also attacked those Muslim countries who have made tentative steps in response to the Israeli withdrawal from Gaza, to regularize their relationship with Israel.

“Anyone who signs a treaty which recognises the entity of Israel means he has signed the surrender of the Muslim world.”

As Al-Jazeera points out:

“In September, Bahrain announced it was ending a decades-old law banning trade ties with Israel. Earlier this month, Qatar said it was donating US$6 million to help build a soccer stadium for a mixed Arab-Jewish team, the first such financial assistance by an Arab state for any town inside Israel.”

Understandably, there has been something of a furore in some countries round the world about this statement.

Israel is asking for Iran to be expelled from the UN – a request that is unlikely to be granted but the debate should be interesting.

In Washington, White House spokesman, Scott McClellan was blunt in his comments to reporters:

“It just reconfirms what we have been saying about the regime in Iran. It underscores the concerns we have about Iran's nuclear operations.”

“This is the 21st century. We cannot tolerate comments of such hatred, such anti-Semitism, such intolerance.

And these comments are all the more troubling (given) that we know of Iran's nuclear ambitions. So I think it is very important that all countries do stand up together to make sure that we do not accept that Iran continues a nuclear program.”

Response has been slightly muted this side of the pond. France and Britain will summon the two Iranian ambassadors to ask for an explanation of the comments. The German foreign ministry spokesman, Walter Lindner, hedged his bets:

“If these comments were in fact made, they are completely unacceptable and should be condemned in the strongest terms.”

Russian Foreign Minister Sergei Lavrov was even milder. He brushed off Israeli calls for international action against Iran over its nuclear programme and pointed out that the whole issue was “too serious to be guided by politics”. It is not entirely clear what he thinks it should be guided by. Astrophysics? Microbiology?

We must assume that very little will come from the three wise monkeys who have been negotiating to no purpose with Iran for so long. Nor is the IAEA going to be much use on past record. But, with every day the problem of Iran becomes more serious and it is unlikely that Israel will sit back and wait for developments to take their own course. It has, after all, been warned by the Iranian President himself.