Oh this is such fun 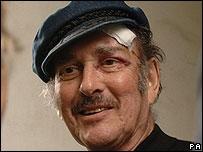 The tranzis strike again. The second most useless Nobel Prize is the one for literature. I suppose one can usually point to work produced unlike say with the Peace Prize, but there has always been a political aspect to it, not to mention the problem of buggins’s turn.

After all, who is to judge which writer in the entire world deserves to be honoured by the Nobel Prize? The story goes that Leo Tolstoy, who was still alive when the prize was founded did not get it, because the first year it was being awarded (to someone completely unmemorable) the Swedish Academy had forgotten that he had not died. In the second year they found it awkward to give the prize to him after someone else. So that was that.

Since then the prize has gone to people well known, not so well known and positively obscure, with most winners’ names forgotten within weeks of the announcement. Needless to say, the politics tends to be left-leaning more often than not.

This year there seems to have been problems. The announcement was postponed by a week, indicating that there were disagreements amongst the committee, which often decides on the winner at the last meeting.

Then yesterday we got the news of the resignation of 82 year old Knut Ahnlund, previously Chair No 7. (There is an Agatha Christie novel with that sort of arrangement. I think it is called “Seven Dials”. They don’t all die at the end.)

Sensing a small scandal, I read the story, only to find that he resigned because of last year’s winner, the Austrian Elfriede Jelinek. (Was she really?)

Mr Ahnlund’s belated comment was that awarding Frau Jelinek the prize was a disgrace (of I don’t know, what about Mikhail Sholokhov?) and, anyway, none of the committee had read her work. (That is entirely possible but I cannot see why that should be a problem. I don’t suppose they had read any of the previous winners’ work, either.)

Anyway, according to the Daily Telegraph’s Scandinavian correspondent, it didn’t really matter:

“"Ahnlund hasn't worked with the academy since 1996, his chair has been empty, apart from a few holiday visits," said Horace Engdahl, the most powerful member of the inner circle.”

No wonder he didn’t get round to protesting about last year’s winner till the rows about this year’s. For rows there will be, I expect.

This year’s winner is Harold Pinter CH (above), described as Britain’s greatest dramatist. This is a questionable statement with people like Sir Tom Stoppard around but, I suppose, that is a matter of taste. In any case, Sir Tom will never win any tranzi prizes. He is famously right-wing, and unlike Pinter, took a very active role in protesting against Communism and all its manifestations.

The real question, I think, is why the Nobel Prize for Literature should go to a European writer again. And that, I suspect, has little to do with Pinter’s literary or, for that matter, acting abilities.

This is what the Daily Telegraph says accurately though with an odd lack of emphasis:

“He is also known as a radical who has never been afraid to speak his mind, recently opposing the Iraq war.

The playwright turned down an offer by John Major, the then Prime Minister, of a knighthood and has called Tony Blair a "deluded idiot" and President George W Bush a "mass murderer".”

As it happens, he accepted the much more prestigious Companion of Honour from Blair. But, gosh, how brave to stand up and repeat the same old leftie shibboleths year after year, exactly like everyone else in the clever-dick world of Pinter and his friends does.

Nobody remembers Pinter speaking his mind about oppression in Iraq, China, Cuba, North Korea, Vietnam, the Soviet Union or sundry other places. In fact, I happen to know that on at least one rather embarrassing occasion he turned on the wife of a Soviet dissident, who had spent years in labour camps and shouted at her that she had no understanding of anything if she thought that life in Britain was better than in the USSR.

A deserving recipient of that prize, we think.