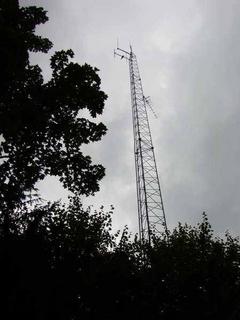 Following on from our story earlier this month about the internet giant Google sucking up to dictators in China, it seems that there are many more companies who are assisting the totalitarian regime suppress the voice of freedom.

Another such, according to Voices magazine is the French electronic and defence giant, Thales, which has sold broadcast equipment to China that also can be used jamming external radio broadcasts, preventing Chinese citizens hearing programmes beamed to them from the free world.

To be fair - painful though it might be - an American firm, Continental Electronics, has also sold transmission equipment to China, which could be used for jamming. But what is doubly interesting – or appalling – is that some Western companies are selling the technology to the Chinese, and Chinese are exporting it to some Third World countries, such as Iran.

Thales is especially singled out, which, for "business reasons" is helping the Chinese government to prevent millions, or billions of listeners from getting some free and independent radio programs. Despite the Cold War thaw, China remains the largest single practitioner of radio jamming and is no doubt grateful for the French technology to assist it in this important task.

However, one cannot think why they bother. If the Chinese government really wanted to keep its population in the dark, all it would have to do is get the BBC to run its system.