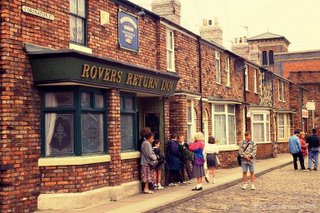 I swear, if the European Union was a television soap opera, the network would be sacking the script-writers – and the actors – so stale and predictable has the story-line become. Following the EU these days is like watching the same episode of Coronation Street over and over again, without even the relief of the commercial break.

Only on Saturday, the Daily Telegraph ran a leader, headed "EU schizophrenia" which complained of the "two EUs".

There is the official EU - the EU of commission press statements and council communiqués and Mr Blair's speeches - thousands of "unnecessary" regulations are to be scrapped. Back in the real EU, on the very day that the commission was making this announcement, MEPs were passing a law to do with circuses and another about eels.

We are very familiar with this concept, Booker and I having dedicated a whole chapter to it in The Great Deception, in a chapter headed "theory and practice". And sure enough, in today's Financial Times, we see more of the "real" EU, the divergence between theory and practice, with a headline: "EU threat to growing business".

One almost doesn’t need to bother with the text but, just for the record, this is a warning by a private investment group about the effect of the Prospectus Directive which, it says, threatens to undermine the government's efforts to boost investment in growing businesses.

It appears that the UK's Financial Promotions Order rules were relaxed in March to encourage private investment in unquoted companies and now the EU's directive, which came into force this summer, contains requirements that exceed the FPO and risks "undoing much of the positive work of the UK rules".

It is all too familiar, as is a recent report from Reuters which retails another warning, this one from president Thabo Mbeki of South Africa who is concerned that the infamous REACH directive would hurt key mining industries in Africa and crimp development.

The directive, which would apply to metals in addition to chemical substances, would generate costs that would push African, Caribbean and Pacific (ACP) states further into poverty, he says. This, is of course, on the back of the "virtual EU" pledging to increase aid to developing countries, and making all sorts of soothing noises about reducing poverty.

No wonder Saturday's Telegraph leader concludes, "This cannot go on for much longer." Indeed it cannot. Something has to give.