The world is a safer place 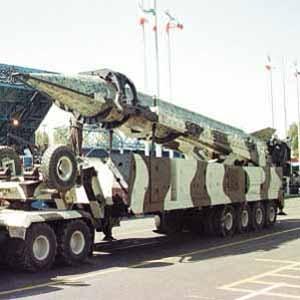 How many times have we heard in the last couple of years that the world has never been in a worse, more dangerous position? Opinion polls even in this country – one of the safest in the world – seem to give responses full of dread and insecurity.

I have always begged to differ. Is this country really less safe than it was in 1940? Is the world really more in danger than it was in 1962 with the two superpowers staring each other down over Cuba? I suggest not.

Come to think of it, is the world really less safe now than it was throughout the seventies and eighties when proxy wars were being fought in Latin America and Africa?

Well, a new report, funded by Canada, Sweden, Norway, Switzerland and Britain, and written by a group of academics, led by Andrew Mack of the University of British Columbia discounts all those fears.

Since the collapse of the Soviet Union the world has been a safer place with fewer people killed in conflict.

The report was issued on Monday, picked up by CNN and then by USS Neverdock. Today the Daily Telegraph has a front- page article on it. According to the summary on CNN:

“Armed conflicts have not only declined by more than 40 percent since 1992,but the deadliest conflicts with over 1,000 battle deaths dropped even more dramatically -- by 80 percent. The number of international crises, often harbingers of war, fell by more than 70 percent between 1981 and 2001, the report said.

Notwithstanding the genocides in Rwanda in 1994 and Srebrenica in 1995, mass killings because of religion, ethnicity or political beliefs plummeted by 80 percent between the 1988 high point and 2001, it said.

The year 1988 was marked by the end of the extraordinarily bloody Iran-Iraq war and the Anfal campaign, in which hundreds of thousands of Kurds were killed or expelled from northern Iraq.”

There is a slight problem in that many of the figures are less than completely accurate. For example, the Telegraph points out that:

“Major conflicts of the past 60 years, including Algeria, Korea, Vietnam, Congo and Sudan have killed between 400,000 and two million.”

One assumes that they mean each conflict killing that many but it could be taken as a rather unlikely total.

The Telegraph also quotes the following telling point about “popular notions that war is becoming more common and deadlier, that genocide is rising and that terrorism poses the greatest threat to humanity”:

“Not one of these claims is based on reliable data. All are suspect; some are demonstrably false. Yet they are widely believed because they reinforce popular assumptions.”

Is that not what the UN says, trying to prove that it should have some kind of a world government? Have we not heard the EU produce endless rather badly shaped arguments for accumulation of power in this dangerous world? What about the NGOs, who claim to be the solution to every single catastrophe and who want more power without any responsibility because the world is more dangerous?

Oddly enough, the report does not see it that way. On the contrary, having acknowledged that the end of the Cold War, which, apparently just happened, has had a beneficial effect on world events, it adds:

“In looking at the reasons for the decline of conflicts, Mack noted that most of the wars over colonialism ended by the early 1980s and the end of the Cold War ended the tensions between capitalism and communism. But he said the single, most important factor was the liberation of the United Nations.

"With the Security Council no longer paralyzed by Cold War politics, the U.N. spearheaded a veritable explosion of conflict prevention, peacemaking and post-conflict peace-building activities in the early 1990s," the report said.”

How very odd. First of all, the Cold War didn’t just end. What happened was that Communism collapsed under pressure from the United States with one or two allies like Britain.

Secondly, its immediate effect was the lack of money, training and support given to all sorts of governments, organizations and individual people, who were determined to carry on various wars and conflicts around the world.

Thirdly, the achievements of the UN remain doubtful, enmired as it is in its own problems and corruptions and continuing, as it does, on its anti-American path, first started by the Soviet Union, its allies and hangers on.

Even in the much safer world of today there are a few very dark spots: Rwanda, Srebrenice, DR Congo, Sudan. All of them are results of complete inefficiency and worse on the part of the UN.
So we are back to the same question: how has the greater safety in the world been achieved.

Could it be the result of activity on the part of that group of people we nominated for the Noble Peace Prize with no success: the US Marine Corps? Well, funnily enough where they go in, followed by the rest of the US forces and coalition troops, peace is more or less restored and various forms of democratic life take root. See the Balkans in its post-UN phase, Afghanistan and Iraq. A much better list than the one in the previous paragraph.