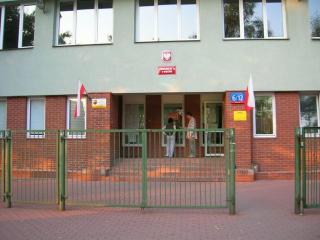 Just as you thought you were safe from Polish politics, up it pops again, this time in the shape of a presidential election that will have to go into a run-off, since neither candidate achieved the necessary 50 per cent of the vote.

Some Polish commentators have been at pains to point out that when it comes to concrete individuals to vote for, the Polish electorate is no longer apathetic. Well, up to a point. The turn-out for the Sejm elections was around 40 per cent, while that for the presidential elections went up to 49.4 per cent. Half the electorate still did not bother to vote. This may, of course, be less a matter of apathy but of a definite feeling of “none of the above”.

The candidates that have done well are all on the right of the political spectrum and all promise liberal economic reforms (though, probably, not too much of them).

Donald Tusk of the Civic Platform, who took 35.8 per cent of the vote is the more westernized liberal and sees the EU as a “great opportunity for Poland”.

Lech Kaczynski of the Law and Justice Party places, who won 33.3 per cent of the vote, places more emphasis on Roman Catholic and family values, which makes him slightly suspicious of the EU and its unreligious values but he is not really an opponent. (His twin, Jaroslaw, though party leader, has decided not to become Prime Minister.)

These two will go into the run-off on Sunday, October 23, when Mr Kaczynski hopes to pick the votes that had gone to the more right-wing eurosceptic Andrzei Lepper (15.6 per cent).

It is not clear at this stage whether either of the preferred candidates will continue with Alexander Kwasniewski’s rather Atlanticist foreign policy but, given that they are both on the right of the spectrum and that all Polish politicians smarted from President Chirac’s arrogant and ludicrous comments in the run-up to the Iraqi war, the trend is not likely to change too much.

Photo courtesy of Polblog - a polling station in Warsaw.