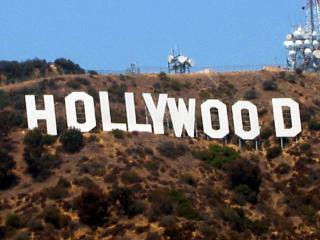 The BBC website is rejoicing: Countries turn backs on Hollywood. Gee-whizz, those big moguls in Hollywood are getting their come-uppance by excellent stuff being produced across the world, one might think.

Well, one would be wrong. What the BBC and various other media outlets around the world, though in more measured terms, are getting excited about is the new UNESCO Convention on the Protection and Promotion of Diversity of Cultural Expressions, which had been especially promoted by France and supported by all other members, except Israel.

According to the BBC, the American delegates explained their opposition because the “deeply flawed” Convention “could be used to block the export of Hollywood films and other cultural exports”.

In actual fact, Louise Oliver, the US ambassador to UNESCO, pointed out that the Convention could well be used by dictators to control what their citizens can read or see. Never let it be said that the BBC could get worked up about that sort of censorship.

The Convention’s aim is to “maintain, adopt and implement policies and measures that they deem appropriate for the protection and promotion of the diversity of cultural expressions on their territory”.

“Cultural expressions are defined as including music, art, language and ideas as well as "cultural activities, goods and services."”

How it will be put into effect is unclear, as it is not supposed to over-ride existing treaties and WTO rules.

France already subsidizes heavily its cinema to little avail, since French people flock to see American films. Whether it is such a good idea for poor countries in the developing world to spend badly needed money to protect and subsidize their “cultural heritage”, which will be, presumably, whatever particular governments say, is very questionable.

There were some very interesting statements. According to the Washington Post:

“"The American delegate doesn't like to hear the word 'protection,' " Joseph Yai Olabiyi Babalola, clad in the ornate gold robes of his tiny country, Benin, told UNESCO delegates. "Not all countries are equal -- some need to be protected."”

Would anyone care to guess what that would mean in practical terms in Benin? Is it really films the government is worried about, or something else, like books and ideas?

The British delegate, Timothy Craddock, in a peculiarly pompous mood, announced that in his considered opinion the document was “clear, carefully balanced and consistent with the principles of international law and fundamental human rights”. Whatever that may mean.

Interestingly enough, the most popular British film of the last few weeks has been the new Wallace and Gromit one: “The Curse of the Were-Rabbit”. Though it is proclaimed to be proudly British, it was, in fact, made by Dreamworks and, is, therefore, technically an American Hollywood movie. The same is true about most British films, popular or (mostly) otherwise. One wonders whether Mr Craddock is aware of this.

Given the ease with which films and music can be downloaded and DVDs transported around the world, the chances of this Convention having any kind of an effect on the American industry are low. Countries (i.e. the elites and bureaucrats) may turn their backs on anything they like; the people are unlikely to do so, whenever and wherever they can get round the problem. But it is good to see another tranzi organization lining up against freedom and real diversity as opposed to state sponsored ersatz diversity.