The law of unintended consequences 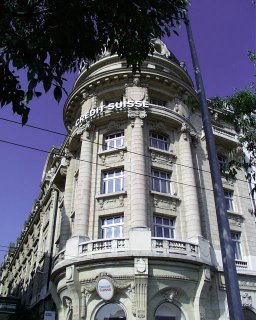 For as many years as I can remember, the EU has been pushing the concept of a cross-border "withholding tax", to trap savers who take advantage of the "free movement of capital" provisions of the EU Treaties.

Otherwise, residents of one country could lodge their money in another, and escape the attention of the tax authorities in their own country – as was happening on a massive scale between Germany and Luxembourg.

And so it came to pass that on 1 July last, the self-same tax came into force, giving savers the option of paying tax at source, initially 15 percent, or allowing the banks to disclose their holdings to the tax authorities in their countries of residence.

However, according to the Sunday Times business section yesterday, wealthy savers have found a way round this inconvenience, giving a boost to a little known type of investment company called a Sicav (société d’investissement à capital variable).

Dreamed up by Swiss private banks, notably UBS and Credit Suisse, Sicavs are Luxembourg-based, similar in structure to unit trusts, but more flexible. And, for arcane reasons known only to tax specialists, they are not subject to the withholding tax. Although UK residents must still declare their income to Revenue & Customs every year and pay any tax due, neither is there any compulsion on the Sicavs to disclose sums held to the relevant tax authorities.

Thus, a tax law which was supposed to balance the effects of the treaty law allowing free movement of capital has ended up benefiting wealthy savers, as well as Swiss and Luxembourg financiers, without the tax authorities gaining a penny from them.

This, I suppose, is what is known as the law of unintended consequences.