A regulation for the Guy? 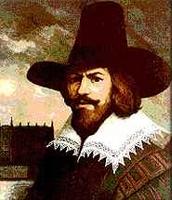 The Fragrant One may be waxing lyrical about celebrating the birthday of her 12-year-old son with some "small fireworks", but the Commissar's beloved institution is about to make these "pyrotechnic devices", as it calls them, a whole lot more expensive.

Yesterday, it announced that it was proposing a new directive to regulate the €1.4 billion fireworks industry and, oddly enough, air bags, which it classes with fireworks.

The plan is to replace some "25 parallel national approval procedures of fireworks and airbags by one single EU directive." And, of course, in the current "deregulatory" environment, this is not mere regulation, but better regulation… yeah… replacing all those nasty little national laws with one, all singing, all dancing European law.

"This practical example of better regulation," says the commission, "will lead to a considerable reduction in costs for the industries concerned, and ensure that essential safety requirements for pyrotechnic articles are respected throughout the EU." Isn't it odd that, in EU-speak, laws are never obeyed, but respected?

The basic aim of all this "respect" adds the Commission "is to reduce the risk of accidents caused by malfunctions and to increase consumer safety as sub-standard pyrotechnic articles will no longer be available on the EU market."

Mind you, there is a worrying line of thinking in the preamble to the draft directive, with the Commission reporting that:

It appears that accident rates vary significantly between countries. This may be in part due to local customs for the public usage of fireworks. The recorded accident rate in Greece (about 1 per million) and Ireland (3.9) is lower than that in Denmark (5.4), the UK (60.1), Sweden (about 50) and Norway (4.5). The reasons for these differences are unclear. However it is interesting to note that the two Member States with the lowest reported rate have a ban on the sale of fireworks to consumers.

You can see where it is going with this: ban the sale of fireworks and no accidents. While they are about it, ban cars… ban aeroplanes… ban people?

Anyhow, this is not going to happen – not immediately. Magnanimously, according to one news agency report, the commission is going to allow member states to continue setting their own age and marketing restrictions. Actually, it is not quite so definite. The proposal "leaves the possibility" for member states to maintain their own regulations as far as the minimum age and the marketing and use of certain categories of fireworks are concerned, the Commission says.

Guy Fawkes must be turning in his grave.