Names will be named 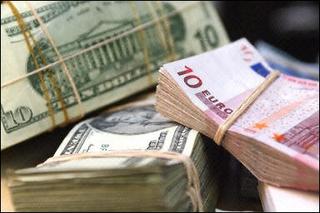 The fifth and final report by the Volcker Commission is due out today and this one will be naming names of private companies and individuals who gave kick-backs to Saddam Hussein, his friends and relations in the oil-for-food scam.

Try as it might, the media has been unable to get hold of the one thing they are interested in, that is the actual names, before the publication of the report. (Well, I am not sure the British media tried all that hard but, one assumes, they will be scanning the entries under the letter G.)

According to Associated Press the report will say that “about half of the 4,500 companies in the U.N. oil-for-food program paid $1.8 billion in kickbacks and illicit surcharges to Saddam Hussein's government”.

“The investigators reported that companies and individuals from 66 countries paid illegal kickbacks through a variety of devices while those paying illegal oil surcharges came from, or were registered in, 40 countries.”

It is assumed that many of the names will have something to do with France and Russia.

Despite this report concentrating on private companies and individuals, Volcker’s attention is firmly fixed on the UN, according to the New York Times:

“In my mind this part of our investigation, looking at the manipulation of the program outside the U.N., strongly reinforces the case that the U.N. itself carries a large part of this responsibility and needs reform.

Even though we are looking at it from the outside, it kind of screams out at you, 'Why didn't somebody blow a whistle?' The central point is that it all adds up to the same story. You need some pretty thoroughgoing reforms at the U.N.”

That may be so but the question as to why certain countries were so anxious to keep Saddam Hussein in power is not going to go away.